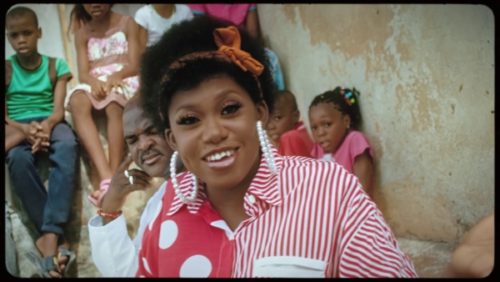 Beginning the new decade and year on a high note, The Queen of Afro house act, Niniola starts off by serving us the official music video to her recently discharged banger song tagged “Omo Rapala”.

The official visual which was shot in Lagos, Nigeria, flaunts The Agbaakin Abobagunwa of Yorubaland #Obesere, who’s been named the first “Omo Rapala” in the city, supporting and gift #Niniola with his appearance.

The official visual was coordinated by pro music video executive, Adasa Cookey. Kick back and flex the brilliant and great music video.