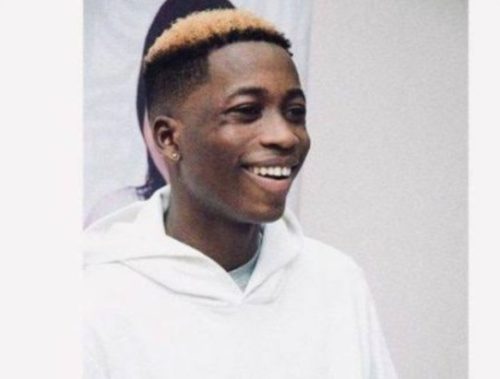 DMW artiste Lil Frosh has been accused of reportedly beating up his girlfriend for a long while now. The ‘Davido’ crooner is currently trending on social media after gruesome photos of his girlfriend’s face surfaced online.

Lil Frosh’s girlfriend face was totally disfigured after taking hits from the rapper.

Nigerians have collectively called for his arrest as a domestic violence offender. Below are some of the reactions from folks on twitter.

Let's Tag him and other DMW artistes until he sees this and drops @lilfrosh_dmw pic.twitter.com/j22nEama8r

You've always known that Lil Frosh has been panel beating your sister,she runs to you with swollen black and blue eyes

You and Lil Frosh should be sharing the same prison cell.Accomplice