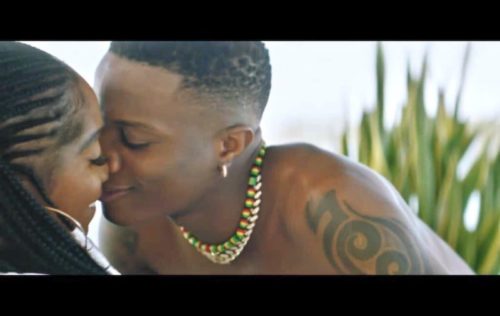 Nigerian Twitter doesn’t seem to get enough of Wizkid’s new video ‘Fever’. The big surprise was Tiwa Savage starring in the video and getting upclose and romantic with the Starboy. Since the video dropped many tweets have poured in as reaction continues to trail the visual.

Here are some tweets below, you’ll find them too hilarious to ignore.

What Tiwa and wizkid did is none of our business tbh… they are both matured and knows what’s best for them..

They want to sell fever.. they know the best thing to do.. and they did it.

They want people to talk.. now we are all talking ..

“But you said Tiwa doesn’t cook, have you seen Wizkid’s ‘Fever’ video?”

So I woke up to Wizkid’s Fever video. Mans actually turned someone’s wife to a video vixen.

Forget ehn, in this life, just know when it isn’t exactly existing or happening anymore, and officially walk out.

Nas Was a vixen in Nicki video,

Jayz was a Vixen in Beyonce's vid ….

Tiwa being a vixen in Wizkid’s FEVER Video ain't no big deal in it!!!

They are professionals, don’t give Teebilz unnecessary heart attack biko

Teebillz might be the one who directed this Wizkid Fever Video. This is entertainment Industry. They want us to talk about them. They will do anything to achieve that. The earlier you know this, the better for you. Stop overworking yourself. pic.twitter.com/LvdyzOv8hT

Obviously, Wizkid put Tiwa in the Fever video for the massive buzz and publicity.

But you can’t tell me nothing, they are knacking. If not, Tiwa should just kickstart her acting career properly because that intensive Vixen role deserves an Oscar.

In case you missed the video watch below.