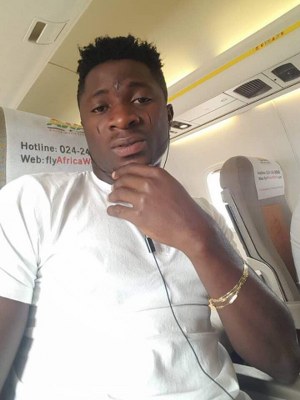 Nigerian midfielder Afeez Aremu has withdrawn the shores of the nation on board an Africa World Airlines on Tuesday to get together with his new group IK Start for their pre-season crusade in Norway on the way Ghana.

Aremu have singed a 2 years deal the recently advanced Norwegian club IK Start in December in spite of consenting to a fleeting manage the Ghanaian outfit Inter Allies FC in December.

The two clubs have a current assention that includes their players being transfered to the Norwegian club from the Ghanaian club.

Aremu is relied upon to land in Norway on Thursday for the begin of IK Start’s pre-season battle.

“I’m happy leaving to start my career in Norway and I hope to play regularly to improve on my game like other big Nigerian players who used Norway as a spring board to their success,” an energized Aremu revealed to CSN not long after his takeoff on Tuesday.

The 18-year-old has nine tops for the Home Eagles since making his introduction for the group in their African Nations Championship qualifier against Benin Republic in March.