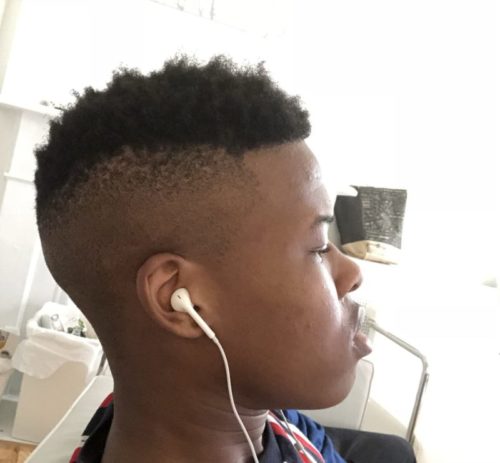 It’s quite an irony as South African rap star Nasty C suffered a ‘bad hair’. Apparently the ‘Bad Hair’ crooner did not expect the treatment he got from his barber after his last haircut.

Nasty C who was pretty pissed off shared photos of his latest haircut on Twitter which was a new low for him. He intended the haircut for the video shoot for his song ‘King’ with A$AP Fergie.

This barber made me wanna do a full reset.. but I can’t imagine myself bald ??? chiskop? Awngeke ??

The barber disappointed even after giving him assurance of a nice haircut .