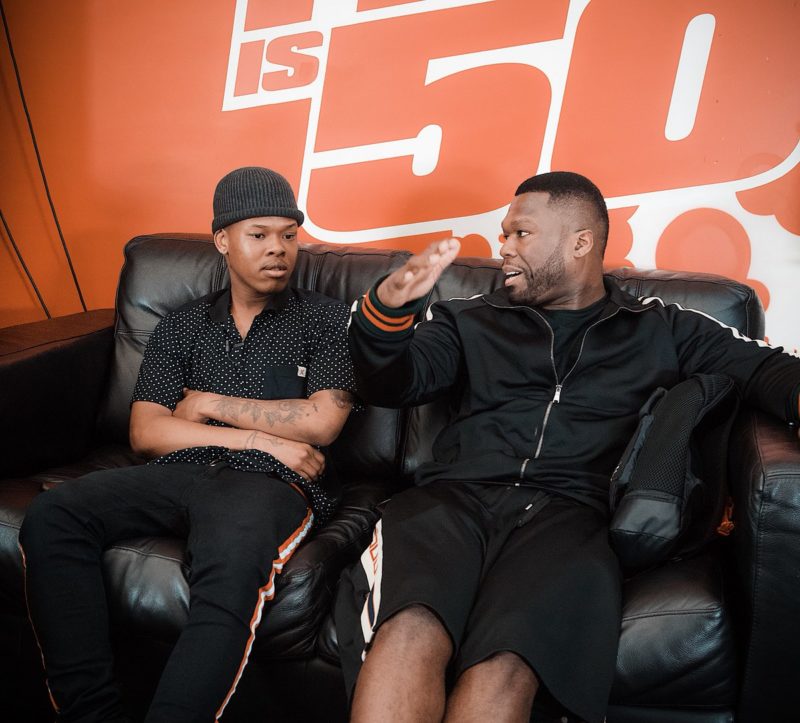 Nasty C is currently promoting his sophomore album ‘Strings & Blind’ in America. He was recently at Hot 97 FM where he dropped a kickass freestyle on the radio show. As a part of his promo tour Nasty C hooked up with ‘POWER’ producer and actor 50 Cent for an interview.

He probably talked about his ‘bad hair’ barbershop experience as he titled his tweet in a photo with the G-Unit honcho.

He said “if they say sum about your hair again get the strap” ??‍♂️ pic.twitter.com/sA0XkZeic3