The showbiz merchant took to Instagram to shade the heck of of the YAGI boss. I’m his words he said ‘Lil Kesh no fit blow again‘.

Apparently, there are elements of truth in his statement as Lil Kesh isn’t raving at the moment like he was some two years ago.

However, some folks reacted to the comment condemning Kogbagidi for what he said. 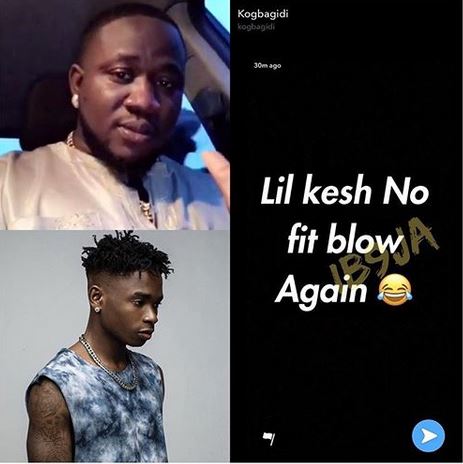