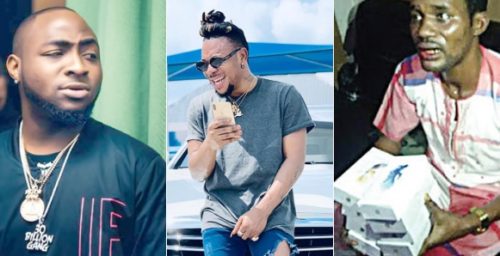 Davido has made an opinion over the arrest and detention of Seun Egbegbe over his theft of iPhones in computer village.

DMW boss, said Mr Real should have paid bail for Seun Egbegbe whom it’s believed he coined the song from his predicament. Seun was unable to meet the N5 million bail given by court for his release.

Tunde Ednut reacted to the idea of the song on his Instagram page while Davido responded. He suggested he would have acted differently if it were him. 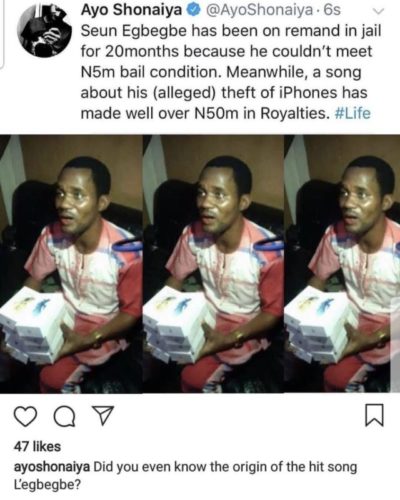