The ‘Leg Over‘ crooner recently announced that he has founded his own record label known as Banku Music in a recent tweet. Mr Eazi who was supposedly affiliated to Wizkid’s Starboy Entertainment made the notice of his new music outfit in full delight. 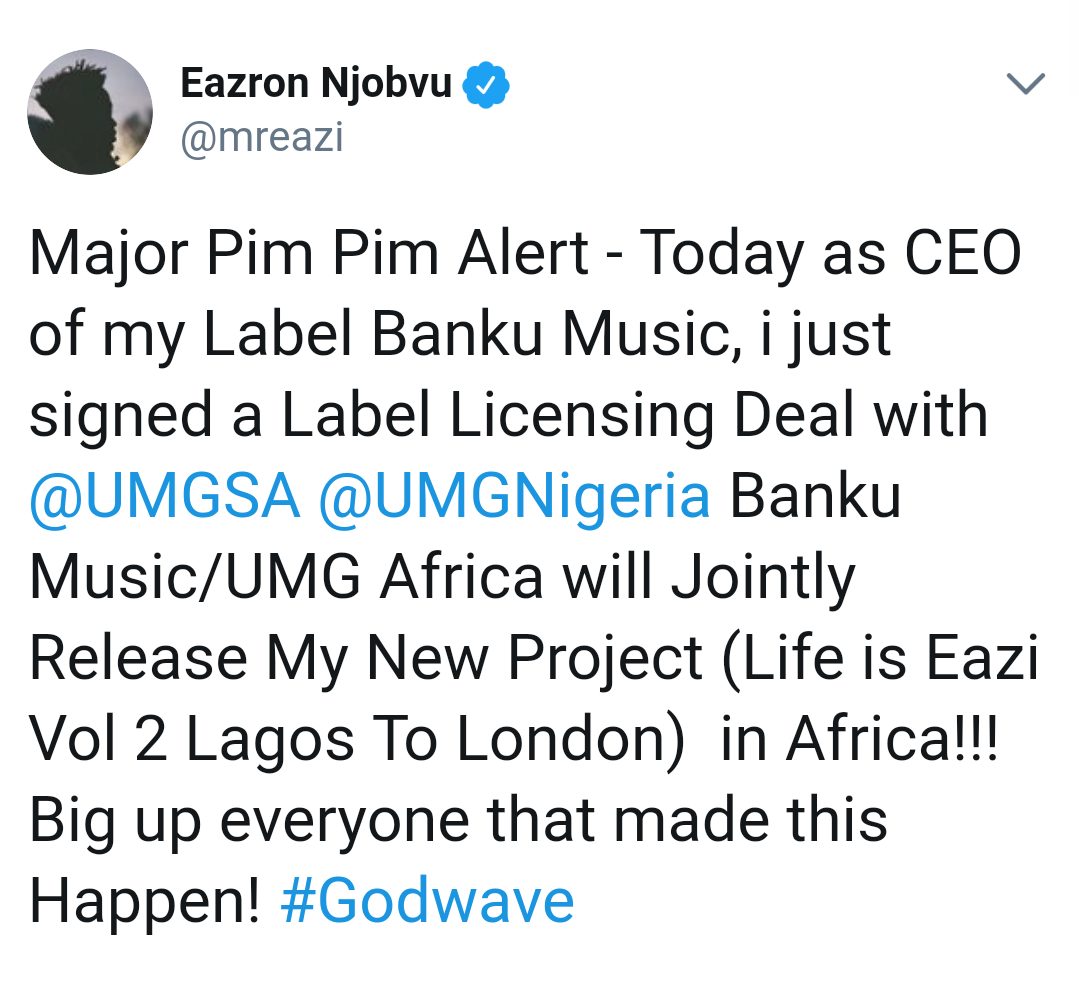