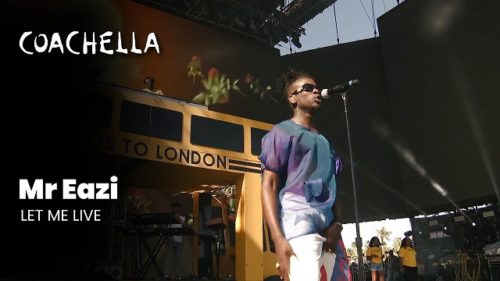 Get this new single from Mr Eazi – Let Me Live.

Singer Mr Eazi excited a great many music fans as he performed “Let Me Live” at this 2019 Coachella event.

Mr Eazi had the stage altered with his ongoing album, “Lagos To London”; an exceptionally vital approach to feature his assemblage of work in the US.

The song “Let Me Live” is a tune by Rudimental and Major Lazer, highlighting Anne-Marie and Mr Eazi. Off Rudimental’s third studio collection, ‘Toast to Our Differences’, discharged on 25 January 2019.