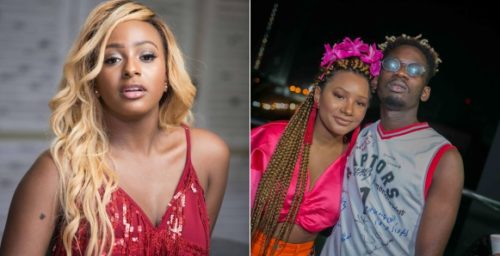 Mr Eazi makes a tale of how he met his girlfriend Temi Otedola, daughter of billionaire business man Femi Otedola.

In an new video that hit the net, Mr Eazi was quizzed on how he met his fashionista girlfriend. According to the ‘Skin Tight’ crooner he met Temi via her sister DJ Cuppy. The disc jockey had invited Mr Eazi to a show she was playing and her sister was also present.

While DJ Cuppy went on to play her set, Mr Eazi was left alone with Temi hence he decided to ‘socialize’.