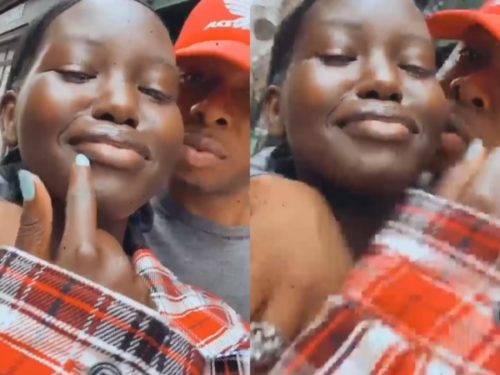 Nigerian singer Runtown has a new girlfriend and he wants everyone to know it.

The ‘Oh Oh Oh‘ crooner is dating a 20-year-old Sudanese-Australian model  Adut Akech. Rumours of their relationship became news after the singer shared a clip of Adut on his Instagram story.

Adut Akech also shared a short PDA clip of herself and Runtown as they take a stroll together. The Nigerian singer planted a kiss on her cheeks as they got lovey-dovey.

Runtown’s girlfriend Adut made her fashion week runway debut as an exclusive in the Saint Laurent S/S 17 show has worked with top brands including Chanel, Valentino and Givenchy, and many others.

However, Runtown has a son Zamar with his former girlfriend Selena Leath.

@runtown seems to be in a relationship with International model @adutakech