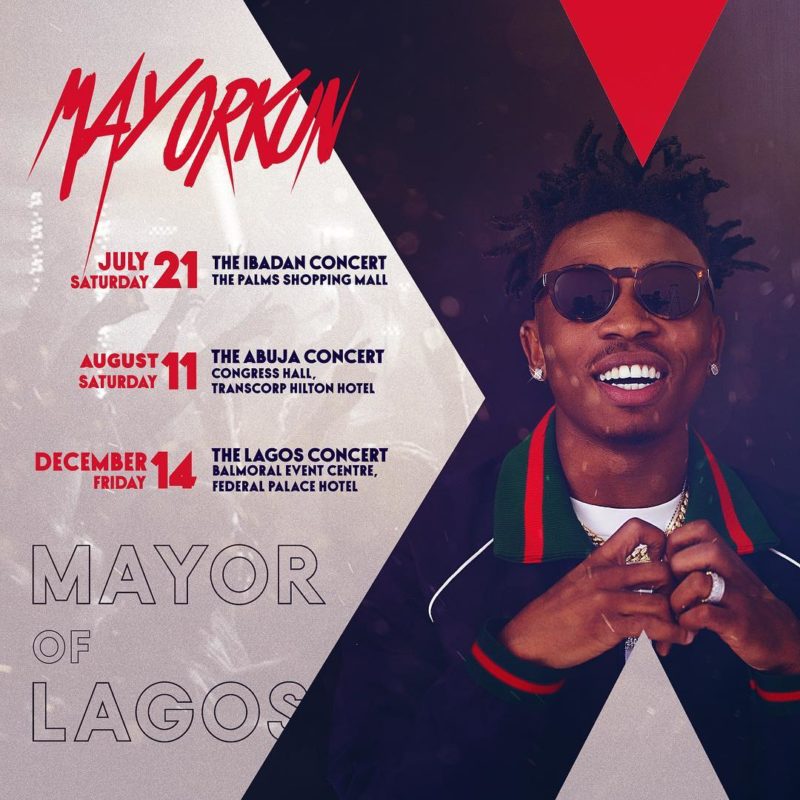 From wining the highly rated “Next Rated” award at the just concluded 2018 Headies Awards; DMW pop star Mayorkun is set to hold 3 concerts across Nigeria this year.

The pop star who will be releasing his first studio album in the last quarter of 2018; will rock Ibadan, Lagos & Abuja as part of his “Mayor of Lagos” concerts.

Mayorkun just concluded a tour of 16 cities in America, and will be starting off this series in Ibadan in July, then moving to Abuja in August & end the concert series in Lagos come December.

Tickets on sale from June 8th.