Kizz Daniel is now on some international level as he bags one of his first major international music collabo this year. The young record label boss, was featured by Diplo of Major Lazer, on a track which also has Jamaican dancehall artiste Kranium.

The name of the song has not been revealed as seen in Kizz Daniel’s Instastory but it’s certain the song has been recorded and ready for release. 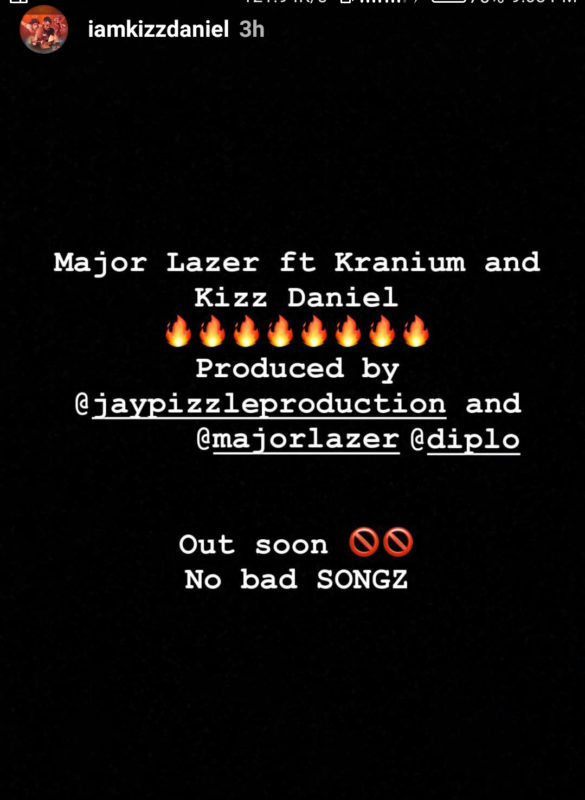