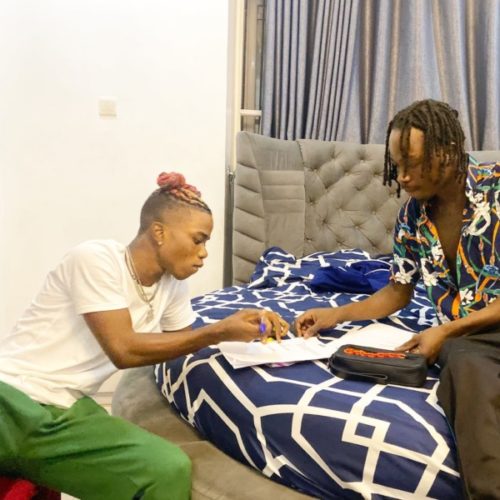 A little over a year after exiting Olamide’s record label YBNL, Lyta has pitched his tent with Marlian Music.

About 2019 it was officially reported that Lyta dropped out of YBNL after a mutual agreement. The singer went on to drop a hit tune ‘Monalisa’ and later made a remix with Davido.

He has also released a couple more singles since ‘Monalisa’.

In a new announcement tonight, Naira Marley welcomed Lyta to his record label while the latter also acknowledged his new family.