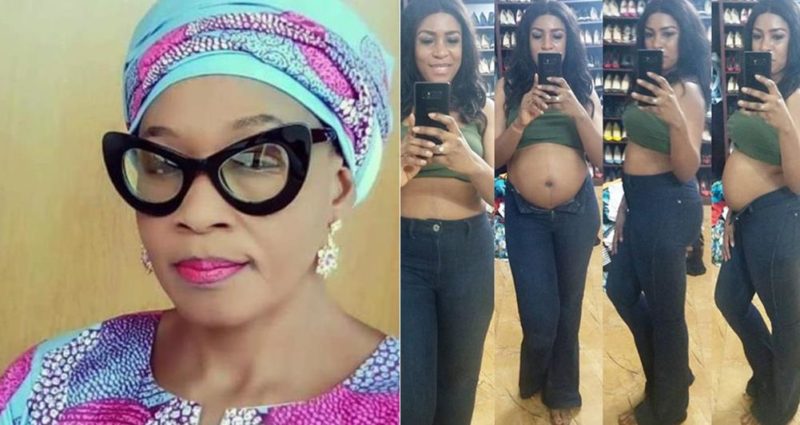 Pregnant popular celebrity blogger, Linda Ikeji has at last reacted to Kemi Olunloyo’s allegation that she is not actually pregnancy and all is just a publicity stunt.

After Linda Ikeji broke the news last week that she is pregnant, Journalist Kemi Olunloyo believed that the pregnancy is fake & just a fake baby bump. 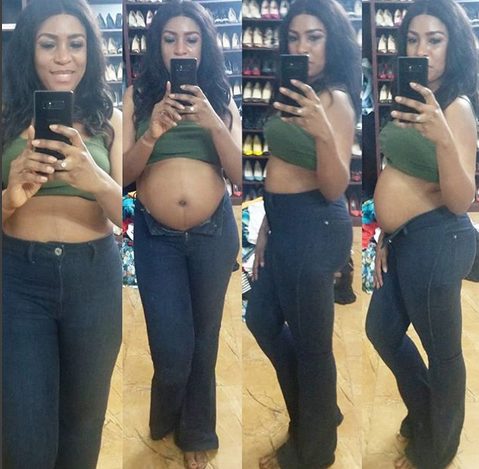 Responding to the allegations, Linda shared photos of her naked baby bump some minutes ago with a caption below:

Most of the people who know me will tell you that I have a heart of gold and maybe that’s why God never stops blessing me. This woman (you know who…lol) has been trolling me for years and calling me all sorts of unprintable names which I have never responded to. But when she cried out for help last year, despite the abuses I’ve gotten from her, I sent money to her account. I harbor no hate for anyone, no matter what. And I swear I would have sent more money to her if people around me hadn’t stopped me. I just felt pity for her that she was languishing in prison and no one to help her. And not only did I send money (which I did privately and she made public), I called a few people I know to see what they could do to help bring her out of prison. No matter what, she is a woman, and I am all about women supporting women.

She wrote that I am wearing a prosthetic baby bump…lol. Like I could get away with that in Nigeria? And some folks actually believe it…lol. If I couldn’t have a child, I would proudly adopt. Proudly. I love children so much. But fortunately, God blessed me with a womb to carry my own child.
I was just hiding the baby bump until I got to my second trimester before letting you amazing people know. I could have continued hiding it to be honest but I just couldn’t keep calm…lol. I’ve had the easiest pregnancy with no swelling and no issues and I thank God.

Lastly, here’s something I want to say to everyone. I remember when I bought my house in Banana Island in 2015, many didn’t believe it. In fact one tweet said ‘If you believe that Linda Ikeji owns a home in Banana Island, I seriously doubt your higher institution certificate’. That’s how much they doubted God’s blessings…lol