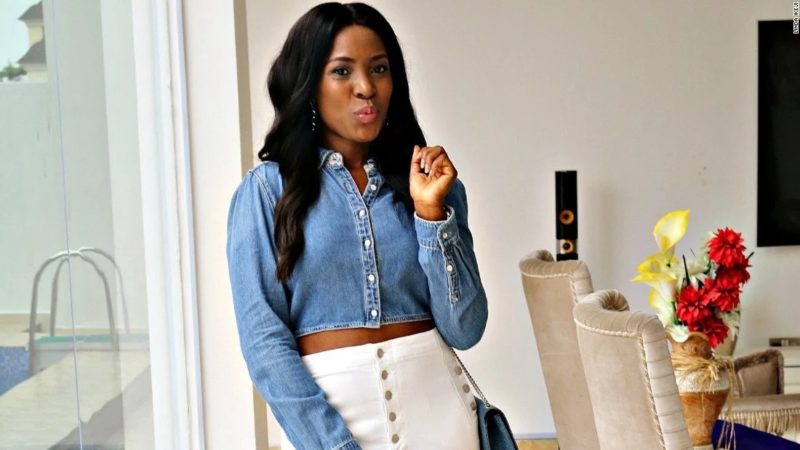 There’s one thing she’s known for, which most women can relate to vividly, of course they share it common.

It’s the gossips, the hushed tones and the whisperings.

The contrast she has with the conventional gossip is that, hers is monetized and published online.

Whenever the name “Linda Ikeji” is sounded in this clime, there rings a bell, it’s the sound of gossip, the echoes of recent happenings and the thrill of breaking gists.

She is by far, the most successful blogger in West Africa and by a huge margin, the richest blogger in the sub region.

It’s reported that she makes her cash like bill gates, perhaps not by the seconds like gates but it sure flows in like mornings after nights have had their time out.

One thing with success, it leads to advancement.

From blogging, she launched into social media (Linda ikeji social) creating her own social media platform for people to sign up.

Most recently, she’s now into the television industry with Linda Ikeji TV.

We are not for certain which field she would delve into soon, but we suspect something is cooking in the offing.

Let’s look at her background and a few details about her.

Below is more things you need to know about Linda Ikeji Net Worth and Biography:

She was born on 19, September 1980 in Nkwerre, Imo state, Nigeria to Igbo parents.

She started writing at age 10.

At 17 she was done with secondary school and didn’t wait for Jack before gaining entry into the university at age 18.

She studied English Language at the University of Lagos and graduated in 2004. 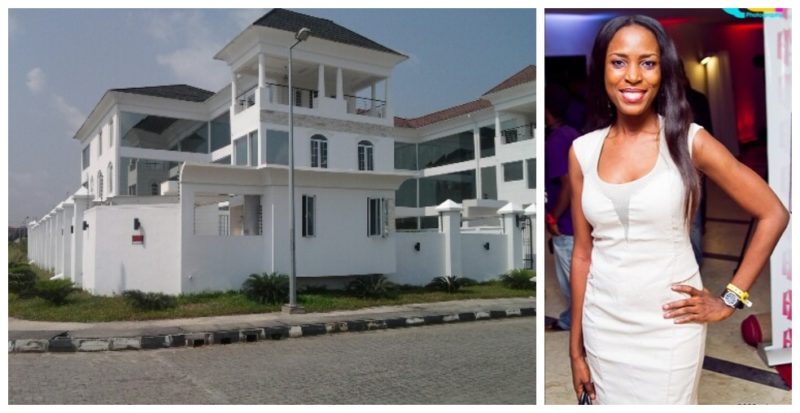 She had always had a thing for writing from the cradle to her adolescent stages.

After graduating, she hopped into blogging basically as a zest and did modelling jobs for the money just to augment the earnings of her parents.

At the onset of her blogging zest, the internet sounded alien to the Nigerian lot, technology and mobile devices were seldom seen.

Poor Linda had to make do with cyber cafes to fulfil her blogging desires.

From a hobby it metamorphosed into real business.

In 2007 she began blogging full time with all the alacrity and dexterity she could find domiciled in her.

She blogged for a whole year and made peanuts, that’s discouraging, but I guess it wasn’t the case for her, instead she fired on chewing the peanuts with a free hosting domain.

Back then I strongly doubt if there were a host of motivational speakers screaming into air at seminars “you can do it”, “never give up”, “,you’ve got all it takes ” and the plethora of it’s kind.

Probably, Linda’s  drive, passion and resilience was congenital because she still kept on making peanuts for all her services gazing on screens and working out the life of her tiny fingers.

Her blog is the most famous in Nigeria and she could pay your annual salary with what she rakes up financially in a day.

Daily visitors to the site is mega traffic, who doesn’t love gossips?

Nigeria’s most richest blogger is perhaps the only Nigerian celebrity with a Banana island residence sandwiched between the richest black men in the world as neighbors.

The house is reportedly worth N500 million Naira.

Asides that, her surelere residence prior to migrating into the affluent Banana enclave, which by the way is the most expensive neighborhood in Africa, she owned a house in surulere priced at about a N100 million and a 7 bedroom duplex in her hometown worth N75 million.

The duplex was completed in less than six months, so while some folks would have been slugging it out with window level, her blog accelerated the fruition of a massive 7 bedroom edifice in a truncated time interval.

Her first car was a Toyota Camry bought in 2011 after saving up for 4 months to purchase it.

The blog kept saying “hey! Linda take this, and this, and that” and then the Camry seemed like caricature when she levelled up with an infinity and then a range Rover worth N24 million.

She would not enjoy alone, so she purchased a pretty ride for her mum who began alternating between emotions.

First as orthodox demands, she danced round it and sang to it, then she switch to crying before pouring out her blessings.

In 2012 she was listed amongst Forbes Africa’s 20 Most Prominent Women.

In 2014 the name Linda ranked as the most searched word on Google in Nigeria.

In 2013 her blog won the Nigerian Blog Awards as the best entertainment blog. 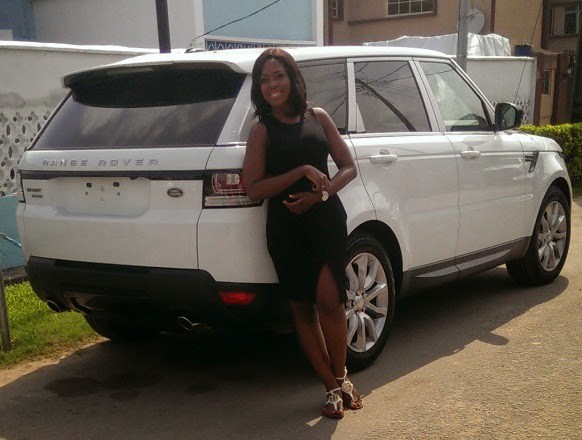 Giving Back to the Society

Linda has expressed lots of generosity to the Nigerian fan base of her blog over the years and present.

She rewards ardent followers of her blog with cash prices based on their level of commitment.

She also hire writers and not just writers, anyone can register on her social media platform, submit a story and get paid.

Ikeji runs a non-profit project themed “I’d rather be self made; No thanks”.

She gave out N10, 000,000 in the first phase of the project to young women within the ages of 16-25 with great start-up business ideas and entreprenual spirit.

It takes only a billionaire to purchase a Banana island home.

So yea, our dear Linda is a Billionaire blogger and he’s N3.2 billion rich.