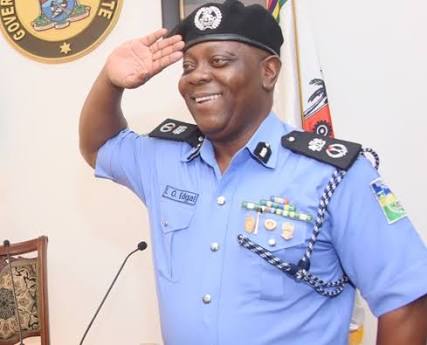 The Network on Police Reform in Nigeria (NOPRIN) has named Lagos Commissioner of police, Imohimi Edgal ‘Policeman of The Year’. Facilitator of the gathering, Okey Nwanguma said Edgal’s unmistakable and certifiable sense of duty regarding police demonstrable skill, straightforward and capable policing, regard for and insurance of human rights made him a commendable beneficiary of the honor.

He clarified this was exemplified in his first week following his arrangement as the acting Commissioner of police in the state, saying:

“He adopted and implemented disciplinary actions as recommended by the panel. By this singular action, he sent a loud and clear message to police officers in Lagos State that under his leadership, abuse and corruption would not be tolerated. This is a radical departure from the prevalent culture of cover up of alleged crimes and shielding of officers accused of infraction. Since Mr. Edgal’s appointment as CP, he has adopted innovative measures and strategies to combat crime. One of the challenges he inherited upon assuming office was the resurgence of crime in Oshodi which turned it, once again, into a no-go area for people at night.”

“In prompt response to public outcry over the frequency of this menace, Edgal deployed men of the Rapid Response Squad, RRS, to tackle these bandits. Many of the daredevil bandits were apprehended.”

In his comments, Edgal expressed gratitude toward the association for their acknowledgment and committed the honor to the Inspector-General of Police, Ibrahim Idris who he said gave the Police every one of the motivating forces to guarantee a wrongdoing free society.