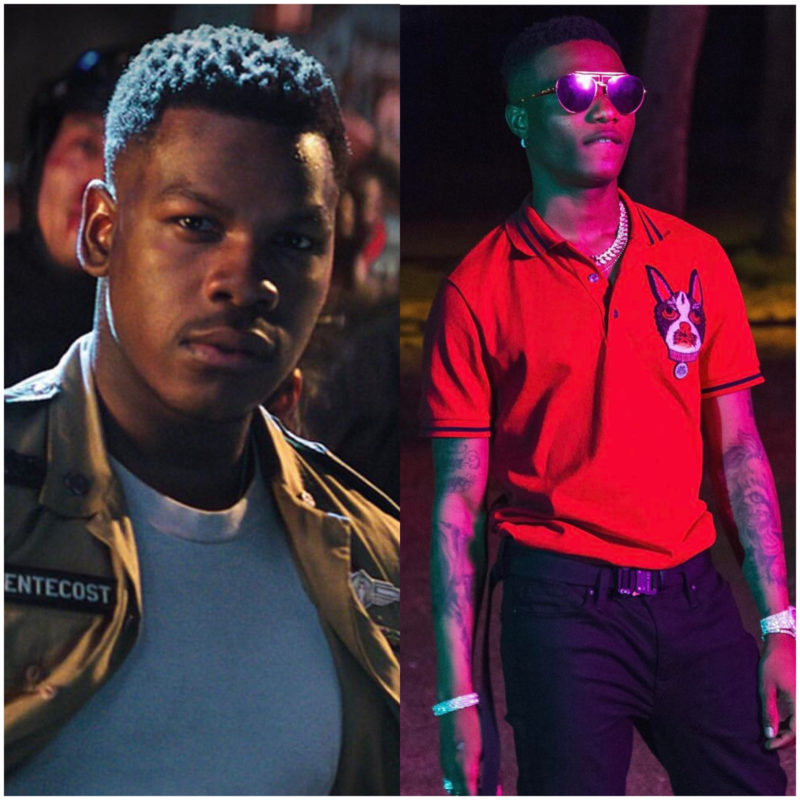 The Nigerian-British actor made the revelation during an interview on MTV Base with VJ Ehiz. It happens that Wizkid’s 2016 hit ‘Daddy Yo‘ was included as a soundtrack for the Hollywood action movie ‘Pacific Rim: Uprising‘ which would premiered in March this year.

When asked why he included the song as part of the movie sound track Boyega noted that he has been a fan of Wizkid’s music from way back. And that he loves to enjoy some good Afrobeat music.

He also added that ‘Daddy Yo’ suited his character moment it was used in the movie.

Listen to John and Ehiz talk.

I’ve always been a fan of his music – John Boyega on using Wizkid’s song on “Pacific Rim” _ John Boyega in this Pacific Rim Uprising cast interview anchored by MTV BaseVJ, Ehiz reveals how much of a Wizkid fan he is. He even goes as far as singing the lyrics to some of his songs saying he has always been a big fan of his (Wizkid’s) music. _ #wizkid #johnboyega