Search
By Dre Pompey on May 15, 2018 Gist
ShareTweetShareTelegram 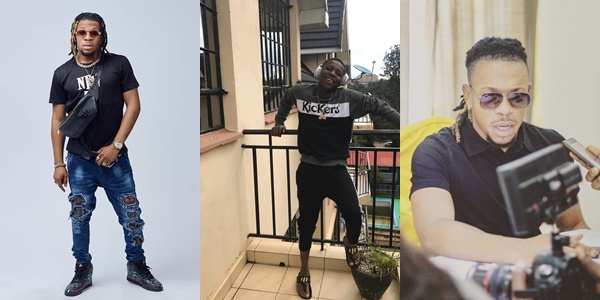 Legbegbe crooner, Mr. Real has addressed thecontroversy of losing the 12th Headies Street-hop award to Small Doctor. The singer has come out to disprove claims that he is saddened at the result, he said rather he is happy that his ‘brother’, Small Doctor won the award.

During a chat with Hip Tv, Mr. Real said opposed to the belief that the result of the Headies Awards 2018 Street-hop category left him painful, he is in fact satisfied. He gave an idea that he was looking forth to winning the award but ok with the reality that Small Doctor’s Penalty won the award in the end.

The street-pop singer talks about his extensively talked about performance at the event. He spoke about the definite response earned after the show. Mr. Real said he was told that ‘his performance is the best Headies performance ever.’