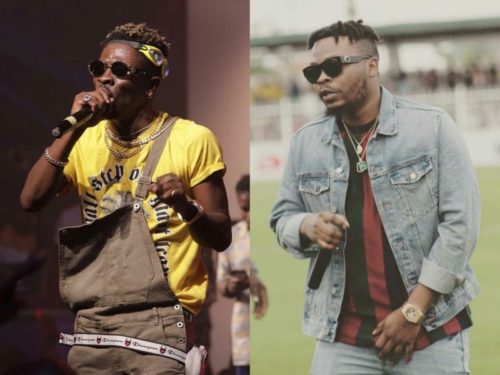 Nigerian rapper Olamide was recently in Ghana where he got on an interview at Starr FM.

YBNL boss Olamide was in Ghana a while ago to perform at the BF SUMA Connect Concert, alongside other artistes like Tiwa Savage, Kuami Eugene, Shatta Wale etc. During the event Olamide and Shatta Wale shared the same stage during the concert.

While being interviewed at Starr FM Ghana, Olamide admits he is a big fan of Shatta Wale. He was the only artiste featured on Shatta Wale’s ‘Reign’ album on a track titled ‘Wonders’.

Olamide confessed to not working with Sarkodie before but however, said he admires M.anifest whom he has a song ‘Fine Fine’ with.

Watch and listen to the interview below.