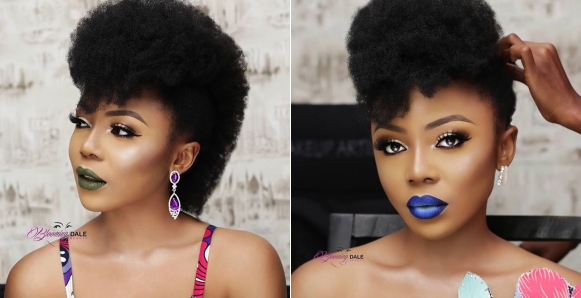 Ifu Ennada Says She Has Fewer Friends Than Before Going For BBNaija – Ex-BBNaija housemate, Iheme Faith Uloma who is popularly known as Ifu Ennada is feeling a bit sober, as she took to her Insta story to talk about how she has lost her friends and has not been able to see her parents since she left the house.

Using her Insta story to rant about how much she is engrossed in her work, Ifu Ennada said she has lost 2 friends because she doesn’t call them like she used to.

“SO I’VE LOST 2 FRIENDS SINCE I LEFT BIG BROTHER. NO, THEY DIDN’T DIE, THEY JUST CHANGED BECAUSE I DON’T CALL THEM AS OFTEN AS I DID IN THE PAST. I WISH THEY COULD UNDERSTAND THE PRESSURE I’M CONSTANTLY UNDER…SOME DAYS I COMPLETELY FORGET TO EAT BECAUSE IM SO IMMERSED IN MY WORK.”

“WOULD YOU RATHER HAVE ME CALL YOU ALL DAY AND NOT UTILISE THIS #BBNAIJA PLATFORM? DID YOU PREFER ME WHEN I WAS BROKE AND SUFFERING?”

“I HAVE ONLY SEEN MY PARENTS ONCE SINCE I LEFT THE HOUSE, BUT THEY COMPLETELY UNDERSTAND.”