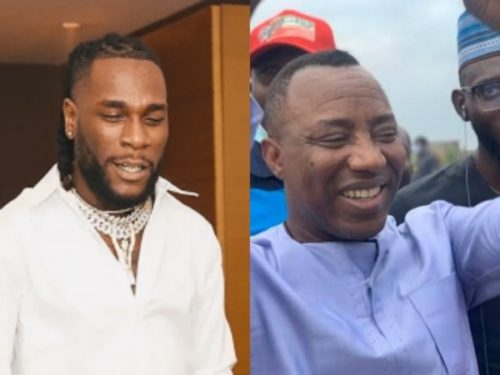 Leader of Revolution Now and publisher Sahara Reporters Yele Sowore would be leading a protest against the present government during the independence day. However, the political leader invited Burna Boy to be a part of the exercise.

Burna Boy has given a response to Sowore about the Revolution Now protest on Nigeria’s independence day. The ‘Way Too Big’ singer said he doesn’t trust politicians including Sowore. He said all politicians are just about the same.

He also said people only loved Fela Kuti now he is dead than when he was alive.

Everybody is a Fela fan and supporter now that he is dead. Humans are so Funny, You politicians are ALL the same (especially in Nigeria) and Frankly I don’t trust none of you.@YeleSowore.