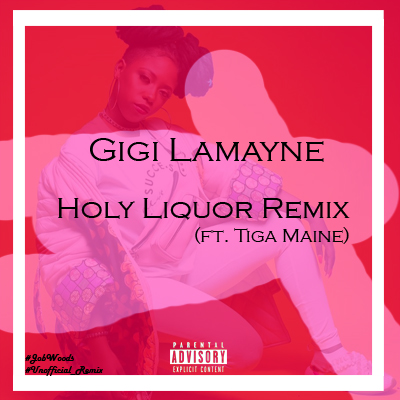 Buzzing Hip Hop muse, Tiga Maine has taken the blazing record of Gigi Lamayne for a spin as he launches the Remix of “Holy Liquor.”

The record had streamed off as the second track of Gigi Lamayne’s recently released “Job Woods” E.P but it looks like one joint about to get a further lifespan extension.

This is because with Gigi Lamayne still bossing the trends and charts with the success of her project of musical art, it looks like Tiga Maine.