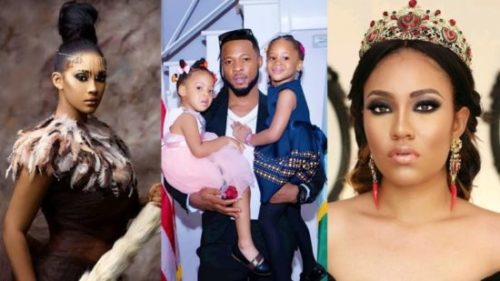 Following the ruckus caused by the birth of Flavour’s third child his management has responded to the situation.

It was gathered that one of Flavour’s baby mama Sandra Okagbue gave birth to a baby boy.

Sandra as reported had the child in Dallas, Texas, US.

In a bid to confirm the news his manager Benjamin Omisefe was contacted as he reacted as follows.

“I’m sorry, I cannot confirm or deny the story. I cannot comment on any story concerning Flavour’s personal life”. When pressed further, he demurred again; saying it was not in his place to speak on the family matter.”