Search
By Dre Pompey on May 16, 2018 Gist
ShareTweetShareTelegram

Davido‘s girlfriend, Chioma Avril Rowland has makes several fans talking after she was spotted with a friend stepping out in a bra-less outfit.

Chioma, has been in the public eye since her musician boyfriend begun displaying her off currently on social media in a unique way. 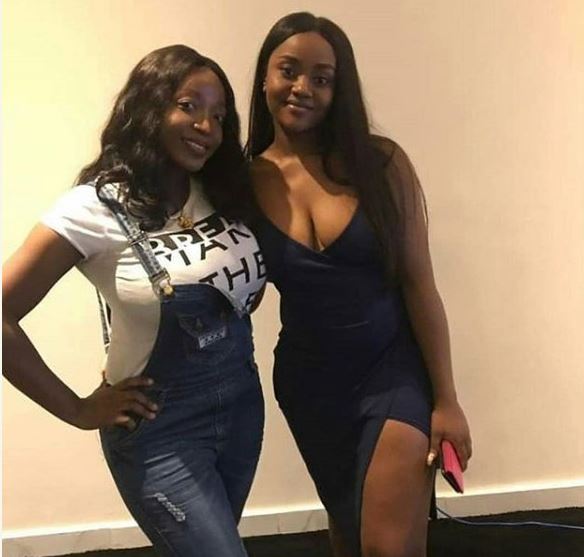 Chioma who has after all become a celebrity with several fans responding to her posts on social media seems to be receiving a bad response on this specific photo.

In this new picture of Chioma, the young lady is seen moving out with a friends of hers & she is looking beautiful in a dark blue dress slit high at her thigh. 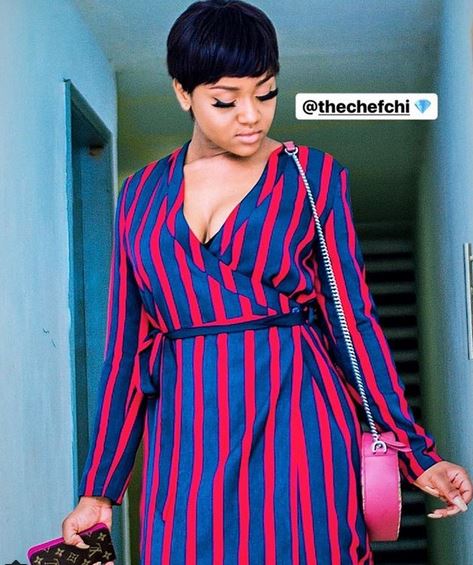 As normal, eagle-eyed Nigerians have responded to the pictures. While many are admiring Chioma’s beautiful look & beautiful dress, others are fast to figure out that her boobs have became flat.

Below are some of the comments: 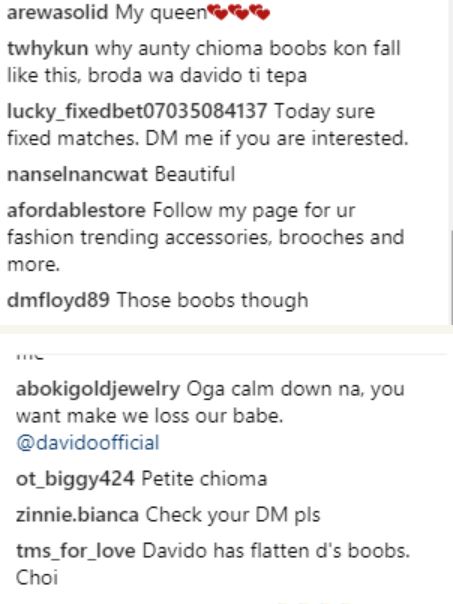