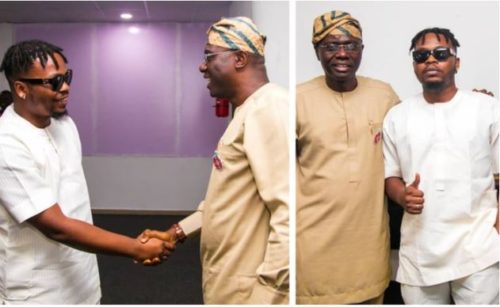 Mr Sanwo-Olu shared photos of his meeting with Olamide on Twitter saying ‘it was a good visit‘.

Fans of Olamide have been taken aback by his sudden support for Sanwo-Olu after Ambode lost out of the race.

Apparently, some feel Olamide was quick to switch sides after he was known as a staunch supporter of Governor Ambode. He had also called Ambode his father in his song lyrics.

Below are some of the reactions of Nigerians to his support for Sanwo. 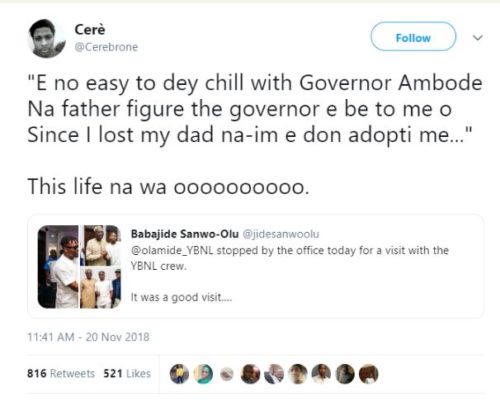 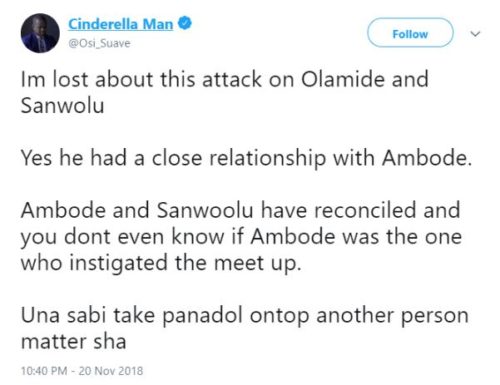 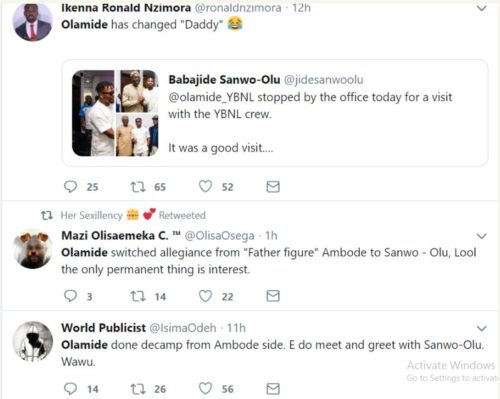 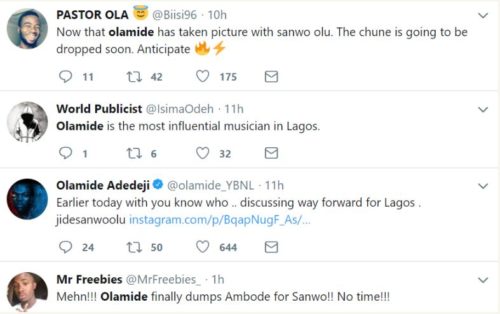