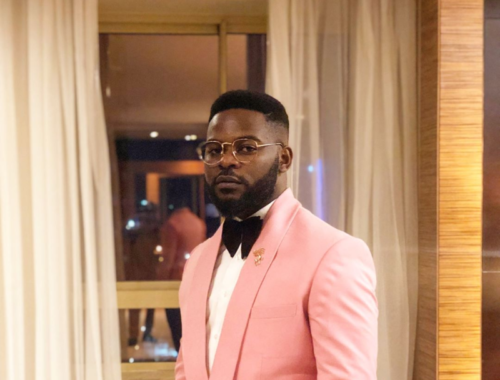 Rapper Falz has reacted to the viral clip of Nigerians who fell after a podium caved in during a political campaign rally.

A viral video clip has been making the rounds on social media after top PDP chieftains fell down after the podium collapse at the Kebbi State gubernatorial camp.

Falz had a funny way of reacting to the situation.

The ‘Moral Instruction’ crooner wrote a witty caption for the video as shared on his page.