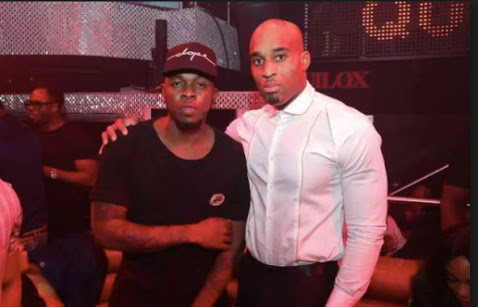 Reports have it that Okwudili Umenyiora popularly known as Dilly Motors has been arrested by the police for making an attempt on Runtown’s life.

As first reported on LIB, Eric Many boss,  Dilly Motors has been arrested by men of the Police Force CID, Alagbon. He was picked up earlier in the evening by the force men at a gym.

The reason for his arrest is his severally reported threat to his record label artist Runtown.

He was arrested for threat of life of his former label artist, singer Runtown, with a gun. He has also been charged with attempted murder. He’s currently at Alagbon where he’s writing a statement. We dont know if they plan to keep him there over night.

Runtown and his erstwhile record label have been having legal battles for awhile now. Eric Many has restricted Runtown from collaborating with other artists.