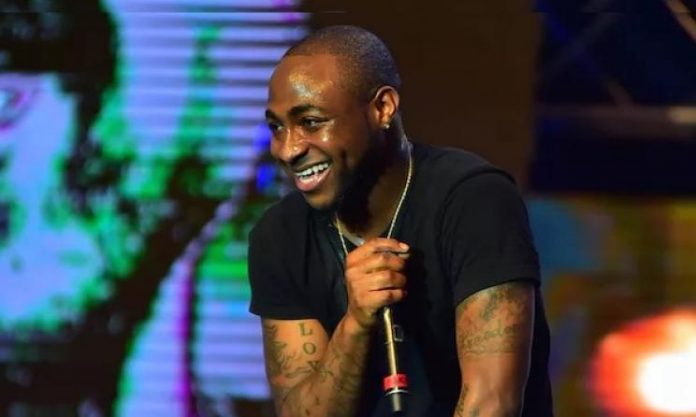 EFCC Responds To Freezing Davido’s Account & Other Members Of The Adeleke Family – Nigeria’s anti-graft commission the Economic & Financial Crimes Commission (EFCC) has denied tampering with the accounts of Davido, Senator Nurudeen Adeleke, or any member of the family.

In an official statement the EFCC denied news it froze the accounts of the Adeleke family including that of Davido. It sent out words via its official Twitter account.

Read the statement below;

The Economic and Finanes Commission, EFCC has been drawn to media publications alleging that it had frozen the account of Senator Ademola Adeleke, candidate of the opposition People’s Democratic Party, PDP, in the September 22, 2018 Osun State governorship election and those of his family members, including the musician, David Adeleke.

The Commission calls on members the public to disregard the report, which is patently false and contrived to dress the agency with a partisan garb in the unfolding political contest in Osun State.

For the avoidance of doubt, at no time did the EFCC place a freeze order on any account belonging to members of the Adeleke family.

The purported freeze order which has unfortunately been amplified by pliable sections of the media without any attempt at confirmation, is alien to the Commission and another example of fake news.

The EFCC frowns at the seeming attempts by faceless forces to drag it into the political fray and, for the umpteenth time, restates its neutrality as a law enforcement organization that is sworn to uphold the law at all times, irrespective whose interest is at stake. 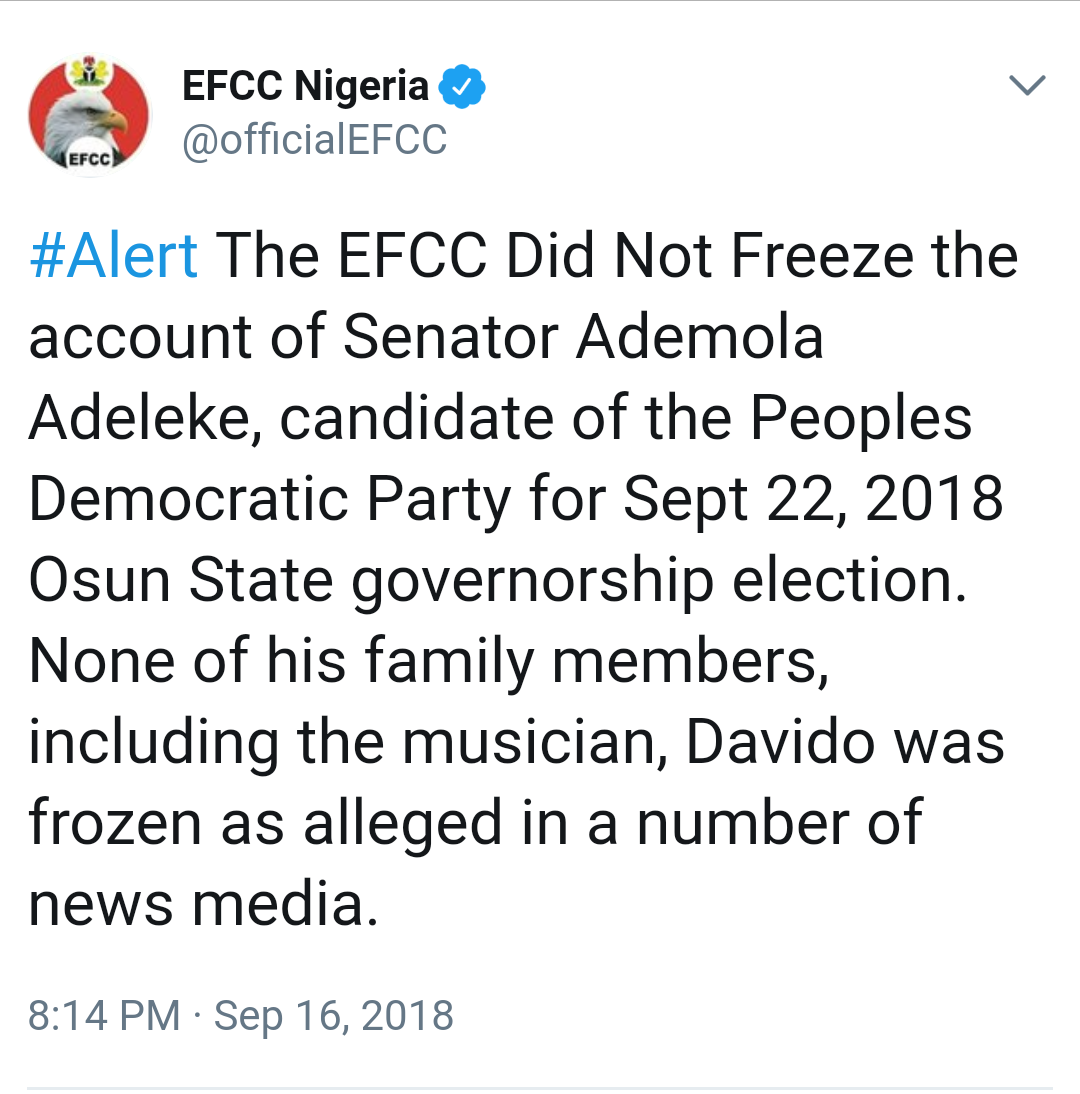