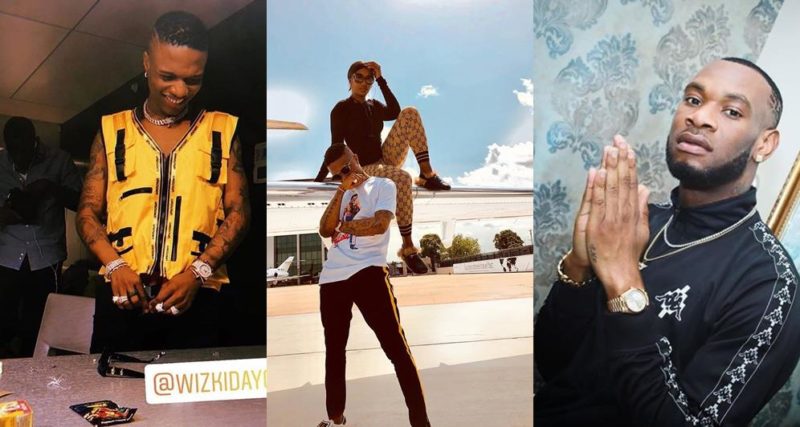 There is a rumoured going on that Mavins first lady, Tiwa Savage and Starboy Wizkid are both in a love affairs follwing the showcase of affection between both parties. Both has served some Best Friend intention on the internets have alleged to be best friends on several occasions.

Mavins Records act, DPrince who as of late dishes out a brand new music titled “Gucci Gang” with Don Jazzy, has now increase the controversial situation by delivering a never seen photo of  Tiwa savage and Wizkid

The pictures which was shared by the music star and was captioned’ MR & Mrs Jame Bond” & Tiwa Savage responded!

Check out the photo and Tiwa Savage response below… 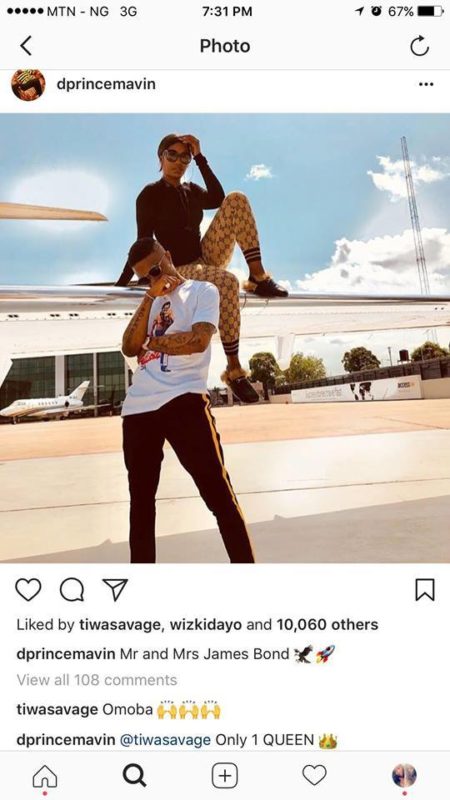