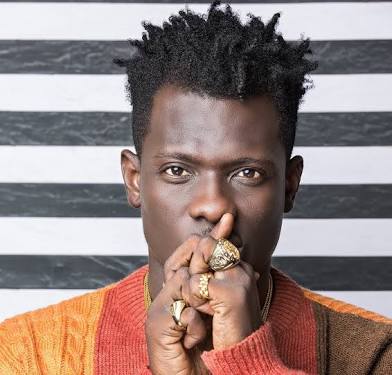 Nigerian music star Terry Ejeh popularly known as Terry Apala has shocked fans as he SATs he doesn’t use drugs to enhance is unique husky voice.

Terry told Punch newspaper that doesn’t smoke, drink to enhance his performance on stage. Speaking with the newspaper crew he said the following;

“I do not drink or smoke whether to perform on stage or while I’m in a public gathering. People can testify to the fact that when I’m out or invited for shows, I prefer to take soft drinks. It is very difficult to believe and people find it shocking but I was brought up in a humble and disciplined background. “If you want to make me happy, just get me an energy drink and ice,” he added.

Terry Apala admitted that his sound was influenced by Musiliu Inshola because he worked with him for sometime.

“I worked under him. I am not forcing the way I sound. I have a song where I featured him, titled Palongo,”  he added.

Terry told Punch although he got famous from making covers of popular songs, he had his own original songs too.

He said, “The song that brought me into the limelight is Champagne Showers and I have another called Jangolova, which already has more than a million downloads on soundclouds.”