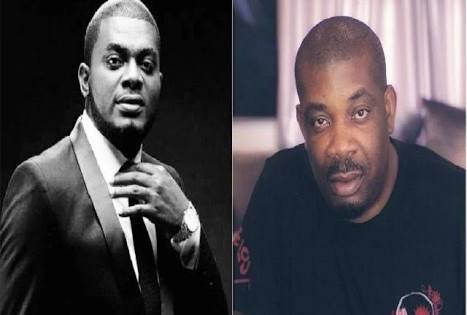 Don Jazzy’s Pride Will Not Allow Him Admit He Jailed Me – Kelly Handsome – Popular Nigerian singer has again affirmed his report that Mavin Records boss Don Jazzy jailed him in the past.

The ‘Maga Don Pay’ singer told Sunday Scoop why he was arrested by Don Jazzy in a new interview with the crew.

He said, “It was when Don Jazzy arrested me that I met the soldier I mentioned in my post. I wanted to wish him a happy birthday and I remembered the event. I guess people were surprised because they felt Don Jazzy could not do such. Why would you lock up your brother for doing a cover of a song. The track was titled, I’m Feeling Good, by 2baba featuring D’banj, while Don Jazzy produced it. If he is proud of what he did, he should respond.”

Kelly Handsome also remarked he was wrongly label as a Yahoo boy by the police during the incident just as his oppressor wanted.

“I signed an undertaken and they published it online with my signature. They claimed I was bailed with N500, 000 but that’s untrue. I didn’t put out the song; it was leaked online. They even told the police to put a laptop on my hands so that people would think I was a yahoo boy (Internet fraudster).”

Again the singer whose real name is Kelechi Orji stated that Charly Boy knew about his arrest as plotted by Don Jazzy. He mentioned that the music producer wouldn’t want to settle because of his pride.

“I don’t care about meeting him or settling things. He is a producer, I am a producer too. If he buys seven houses and I buy one, it is the same bed we will sleep on. I don’t need to have many houses to be satisfied as a human being. I wish he would accept that he went too far by jailing me but he will not do that because of pride. You can only deceive people for a while, not forever. He would have said something if I was lying, but he didn’t admit or say a word because it was true. I am sure if he comes out to deny it, Charly Boy will speak.”