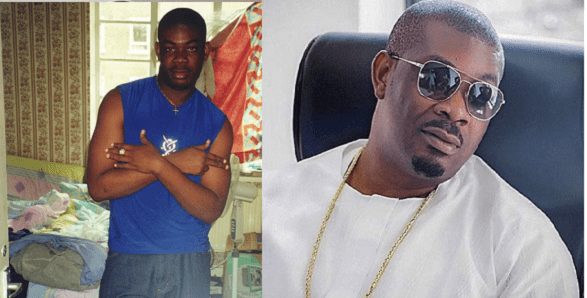 Mavin Boss, Michael Collins Ajereh, otherwise called Don Jazzy is known for his music production abilities and manager status in the Nigerian music industry yet he is additionally known for his clever jokes and playful persona on social networking media.

The 35-year-old took to his Instagram page to share an epic throwback photograph with a very funny caption with it..

Sharing the photo above, he composed ;

That year you will see us with baggy jeans think say we carry big something. ??‍♂️??‍♂️ now I’m proud of my 2 inches aka biro cover As of late, the music big shot who usually does alot of giving (cash) on social meida, dished a few useful advice to cheerful givers.

“It’s good to be generous but keep an eye out for those that will come to use 50 liters keg to fetch from your cway water dispenser. Good morning.” 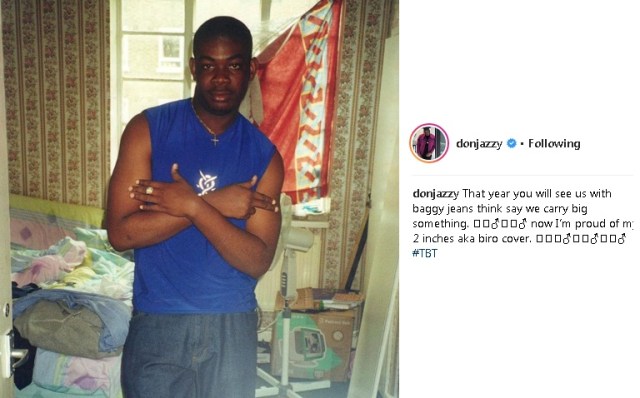