Search
By Dre Pompey on May 22, 2018 Gist
ShareTweetShareTelegram 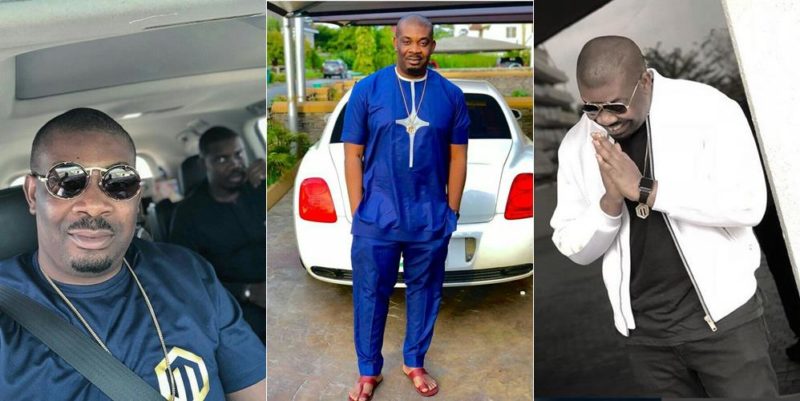 Don Jazzy is arguably the most famous Nigerian Music Producer whose social media presence is very strong as he smoothly occupy his many fans.

Just a while ago he shared a picture of himself & his white Bentley which got many celebrities & fans reacting. 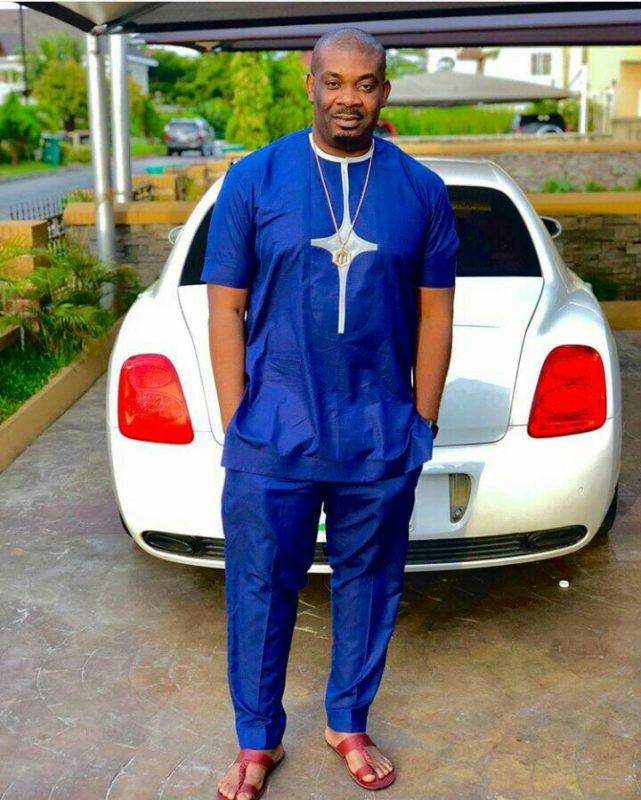 Don Jazzy shared a photo of himself on Instagram standing in front of his white Bentley Continental Flying Spur. This exact brand of Bentley has a Nigerian market value of about N25 million.

Don Jazzy captioned the post thus: “I no rub cream for leg, no vex. At least the leg white pass the b…”

See their responses below: 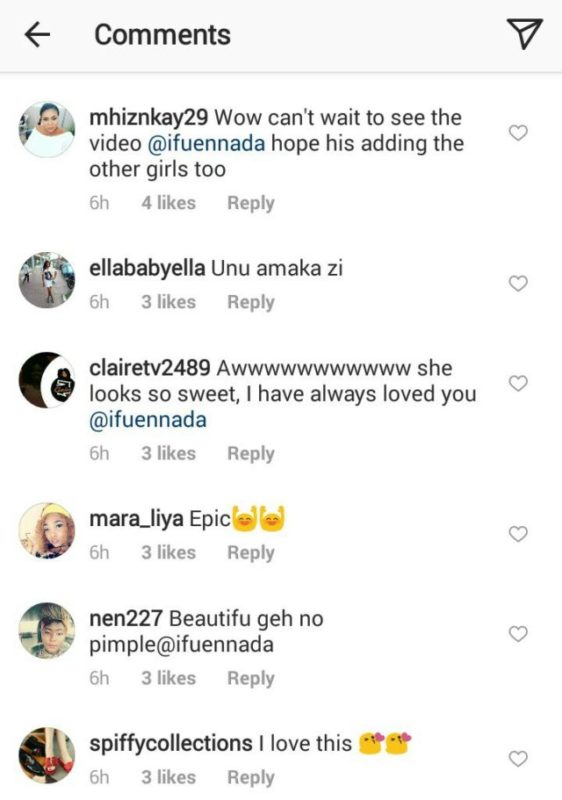 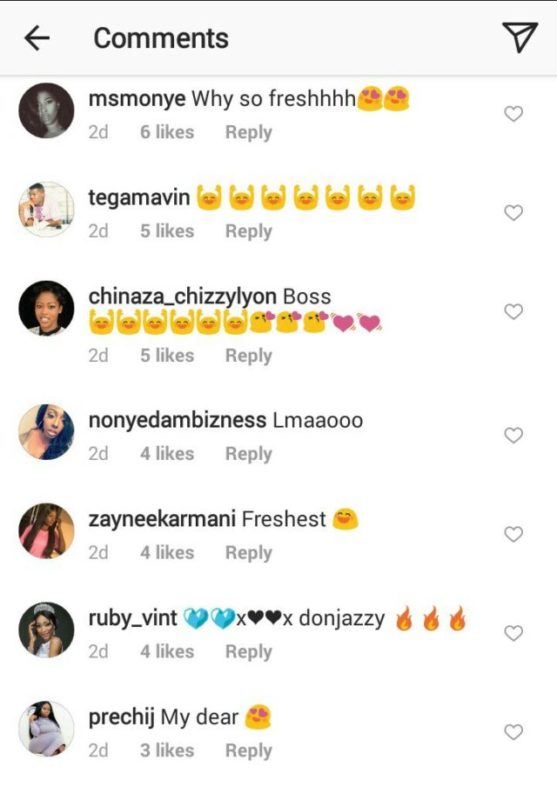 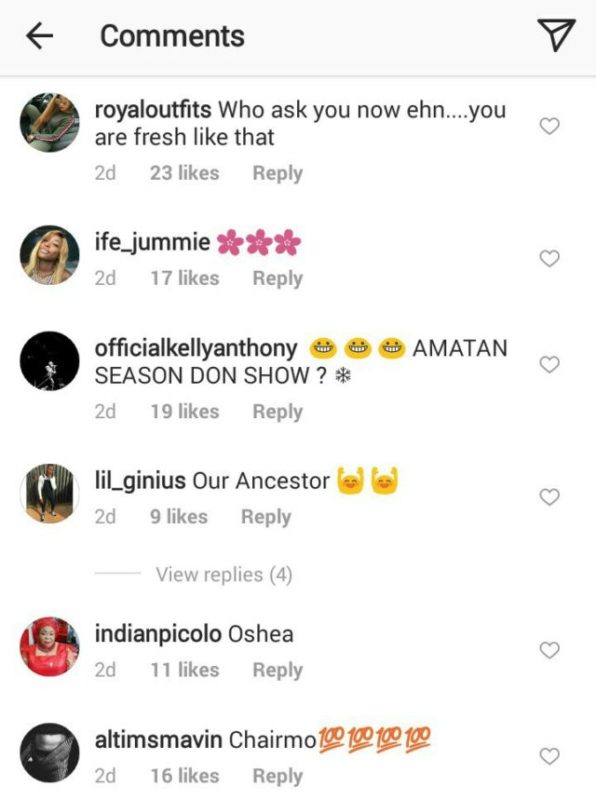 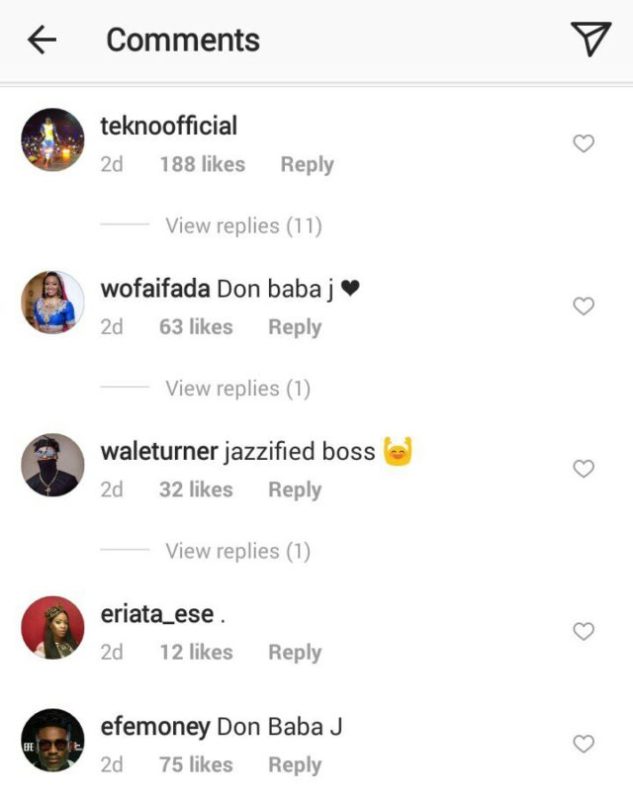 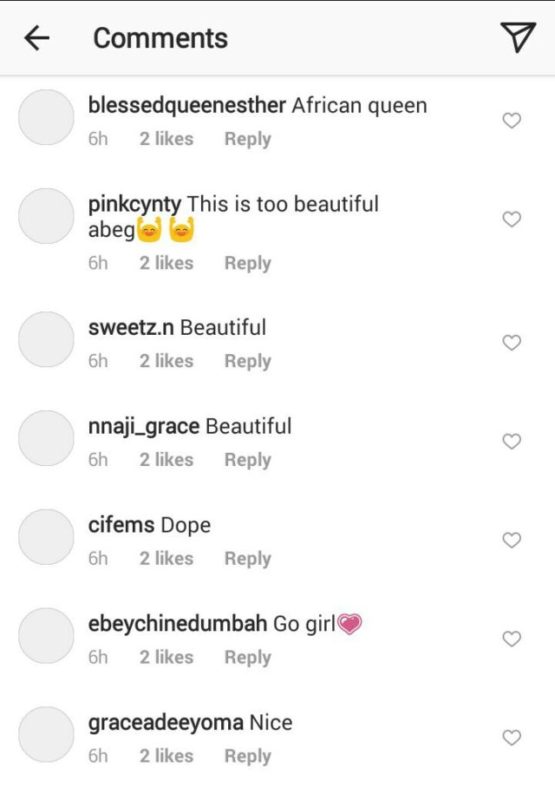 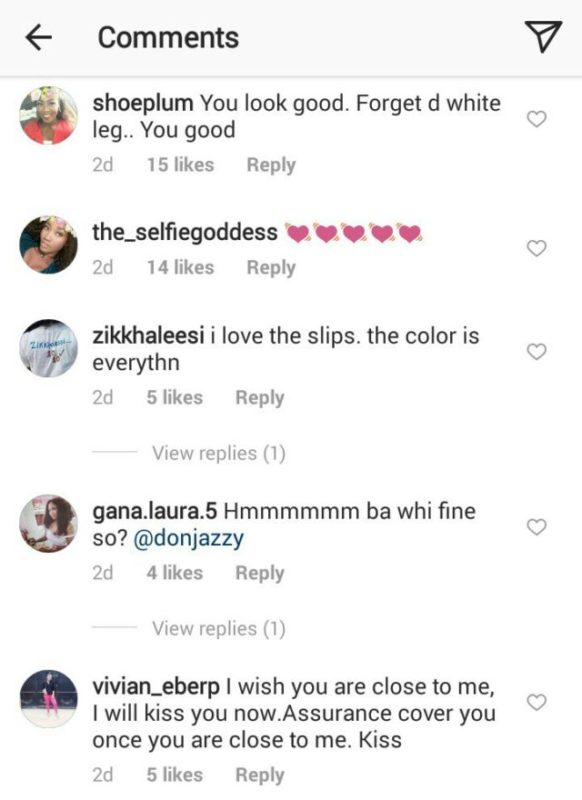 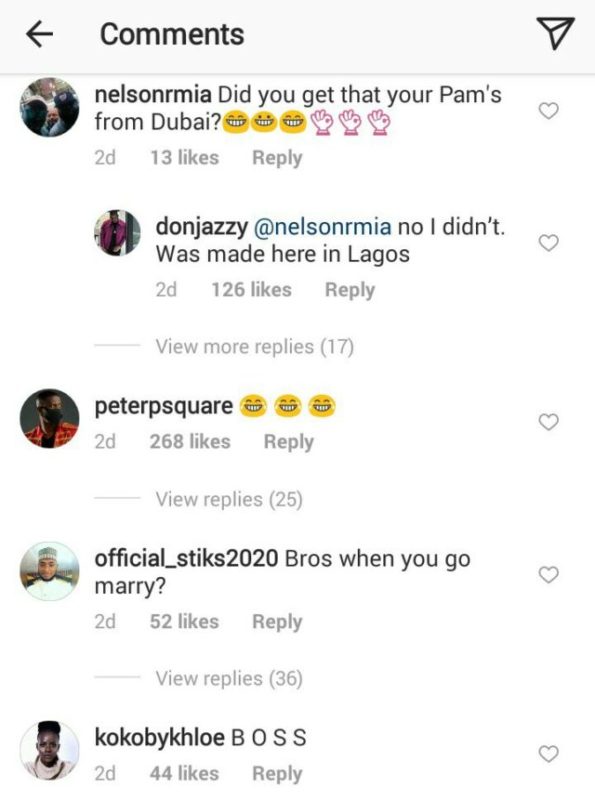 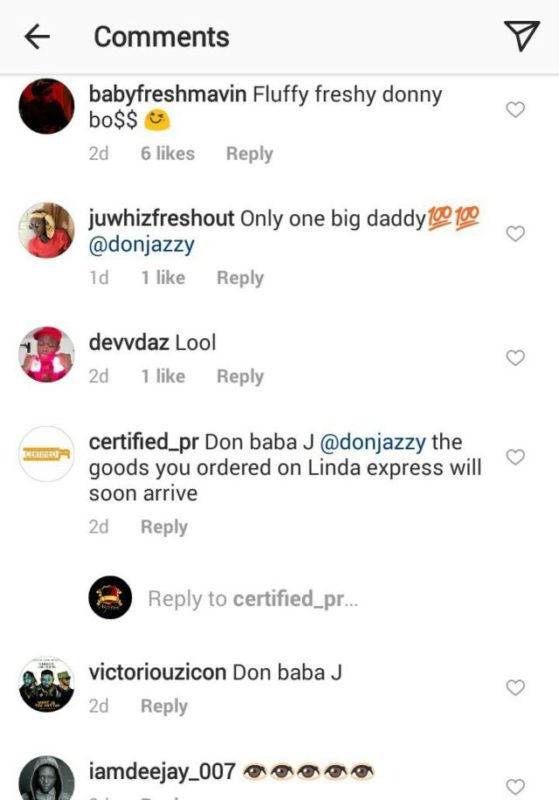