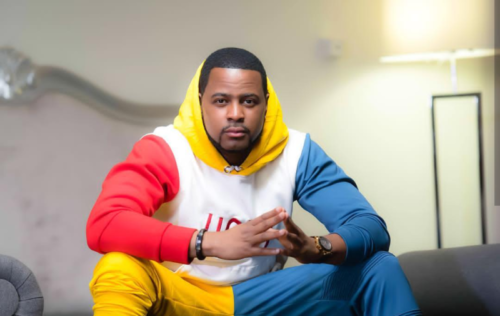 Superstar DJ Xclusive has come under fire from Osagie Alonge a music journalist at PulseNG.

The music pundit made the remark during the ‘Loose Talk Podcast’, Osagie said the famous DJ was shameless. He went on to ridicule his fashion sense and ‘music career’.

In the podcast DJ Xclusive was accused of always joining the popular trend on things without being deliberate on his own.

There’s one shameless DJ, what’s his name?… DJ Xclusive! You know why he’s shameless? First of all, whoever is styling DJ Xclusive should be shot dead because the scarf and berets… first of all, DJ Xclusive, I know the boys in the colors ain’t popping so much, could you be easy on the coloured beret? Until you run into the hommies…

Osagz again stated that the Pepsi ambassador DJ had a really poor taste in music.

“Aside from the shi**y dressing, let’s talk about his poor taste in music … Have you heard his new record with Duncan mighty, it sounds like Fake Love… same progression, same sound, everything is same and that’s what he does … But he didn’t start off like that, he was a bit better”