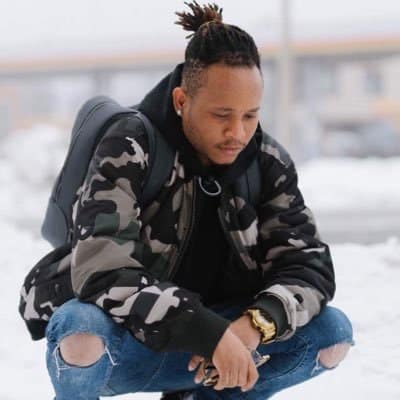 Former YBNL singer, Viktoh reveals that he was actually the person who discovered fellow colleague Lil Kesh was very talented. The ‘Skibi Dat’ singer had an interview with Sunday Scoop where he spoke about missing his late mother.

Viktoh talked about promising a disrespectful fan a miserable death, according to the singer the fan insulted the memory of his late mother which drove him to anger.

He said, “The person said a couple of things on my page, including abusing my family and my mother. My mother died in 2009 and I cannot take an insult to her from anyone. I am a very quiet person and everyone knows. People always say celebrities don’t reply to comments on social media but I always take my time to reply my fans. I think people want to take that for granted, forgetting that I am human too.”

On comparison with Lil Kesh, Viktoh maintained that he isn’t jealous of his former label mate but stated he played a big role in his success.

Lil Kesh, who is a big artiste today, is my product. I discovered Lil Kesh on the streets of Bariga, Lagos. I am happy I did something good for him and I am proud of what he has become today. People may say different things about us but we treat each other like brothers,” he said.

The Lagos breed singer, said he aspires to be bigger than he is today and he has no plans of quitting music.

“I believe God’s time is the best; I cannot rush things. Yes, I want to be a superstar but if I don’t walk in line with God’s plans for me, I might lose everything and live a life of regret. I still have enough time and my style of music is still relevant. Quitting music means I am a coward and my late mother would not be proud of me. The fact that things are yet to fall into place for me doesn’t mean I should quit music. I am done with my studies at the University of Benin but music is what I love. I cannot quit; I will just keep working hard,” Viktoh said.