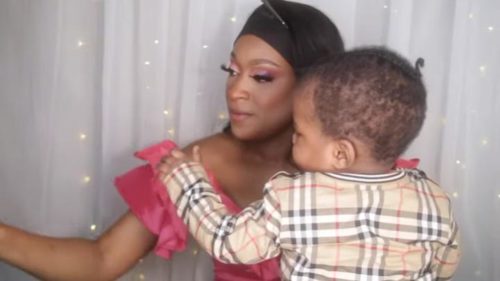 Larissa while speaking on the pregnancy stage noted that it was a tough time for her as her baby had a health issue that affected her growth.

The alleged baby mama of the DMW boss further stated that during her pregnancy, she had a series of contractions.

She further stated that she also lost her father figure and several other things also happened before she delivered her handsome baby.

Larissa disclosed that her sister helped with the delivering of her baby while at home before she was taken to the hospital for proper after-birth clean-up.