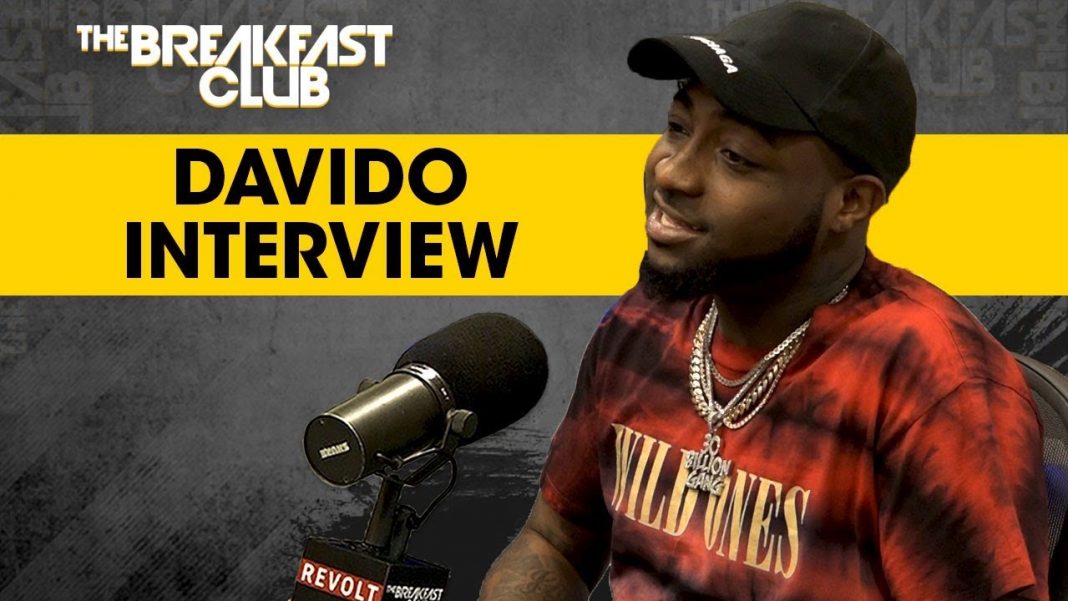 The DMW honcho is currently on his The Locked Up Tour in America and his next stop was in New York. Davido made it to the popular  The Breakfast Club hosted by DJ Envy and Charlamagne Tha God.

On the radio show, he talked about mixing school and his passion for music. Davido talked about leaving Atlanta where he had his college education to Nigeria to focus on making music. He revealed his father wasn’t initially happy with his pursuit of music as he tried to arrest him on some occasions.

Watch the full interview below: