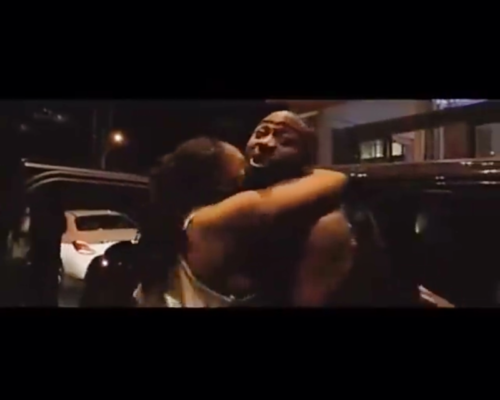 Pop superstar Davido is fleeing away from every chance to compromise his relationship with his girlfriend Chioma.

David Adeleke was in Windhoek, Namibia, for a concert where he got a loud display of excited from a female fan. The supposed fan ran to hug it out with the ‘Fall’ crooner who resisted any apparent temptation from the female fan.

Davido was seen shouting his girlfriend’s name and the female fan ran into him to give him a hug.

Hmm, see the video below.