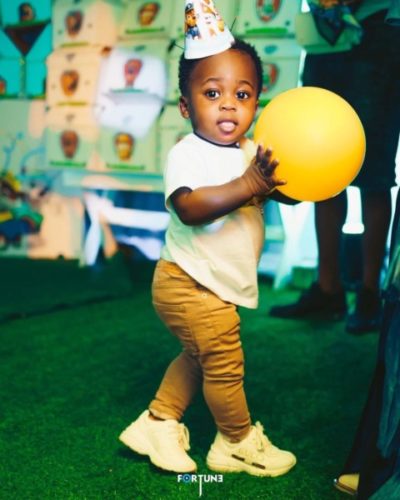 Fans now have a been visual of Davido’s song David Ifeanyi Adeleke Jr after his father shared his new photo on Instagram.

For over a year, Davido and his close associates have been careful not to share Ifeanyi’s face on social media. All photos of the boy never included his face.

It was only recently Davido unveiled his son on the cover of his ‘A Better Time’ album.

Yet again, the ‘The Best’ crooner posted Ifeanyi’s picture from his 1st birthday party. The boy looks all grown and happy from his photo.