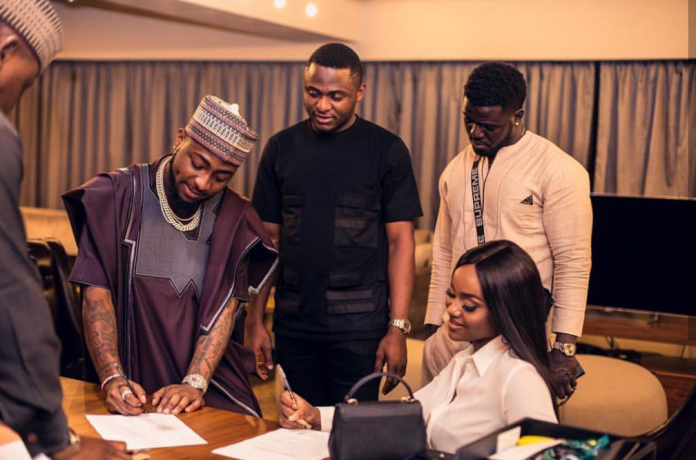 These period is a good season for DMW boss, Davido & his girlfriend Chioma who he dearly calls ‘Assurance’.

Chioma has graced the spotlight ever since their relationship is on the internet & many more things are coming there way. Since getting N45 million Porsche from her boyfriend as birthday gift, more contract are coming her way. In a new improvement, DMW boss has disclosed he has helped his chic captured a multimillion naira deal. The new deal which is in partnership with Dunes Abuja would see Chioma host a cooking show called ‘The Chef Chi Show’. Photos from the endorsement & partnership signing event was shared by Davido as he employ his fans to await the new cooking show TV show with Chef Chi.