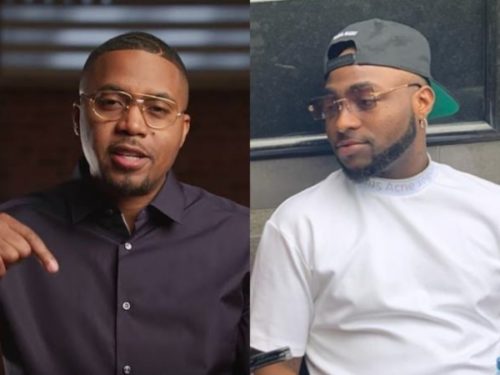 Nigerian pop superstar Davido and Nas are working on a collaboration and would be served pretty soon.

The ‘Fall’ crooner has returned back to America and has not stopped working. Soon after the reopening of airports and international flights commencement, Davido travelled to the United States where he is at the moment.

As usual with his work ethic, the DMW boss was seen in a new clip working with American rapper Nas in a music studio. It is true the two music icons are working on a song or two with music producer and rapper Hitboy also in the studio with them.

This clip was shared by Davido’s manager Asa Asika via his Instagram story. Meanwhile, fans are still anticipating ‘A Better Time’ album from the Nigerian singer.