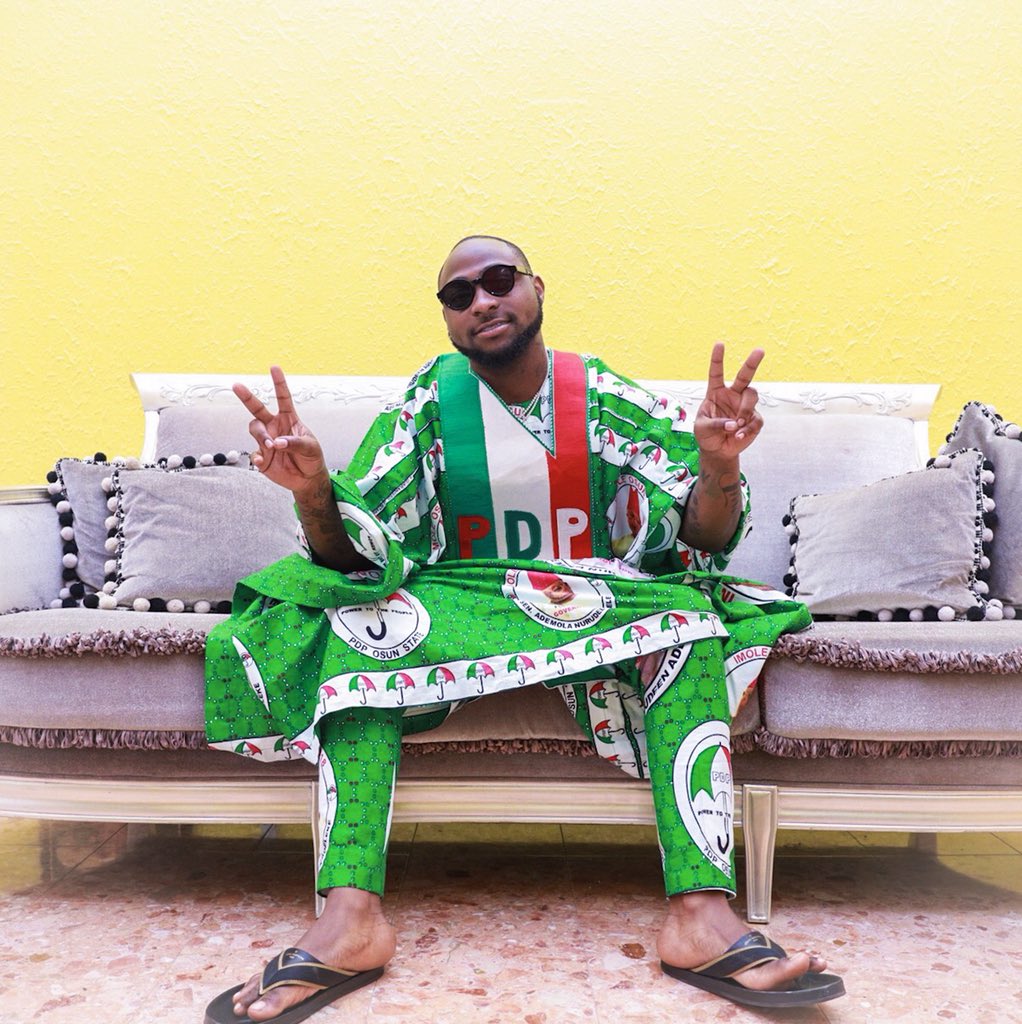 DMW boss Davido has been called upon  by the APC to perform at it governor elect Gboyega Oyetola’s thanksgiving party.

It’s well known that Davido was supporting his uncle Senator Ademola Adeleke to become the next governor of Osun State under the PDP. That failed after APC’s Oyetola was declared winner after the re-run election.

In a new tweet to chide the music star he was granted an invite to perform at Oyetola’s celebration party. See tweet below.