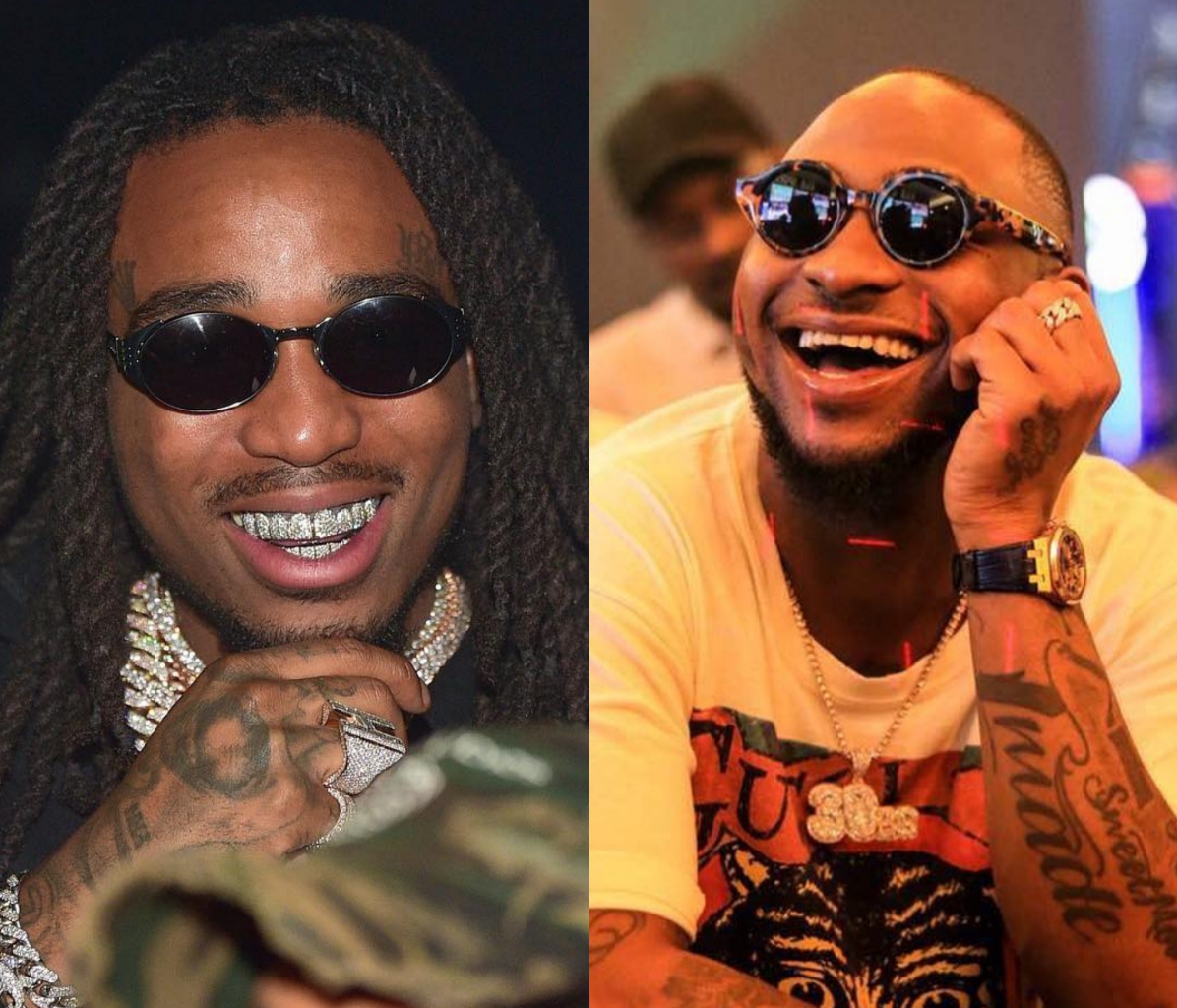 American rapper Quavo is a few week away from releasing his solo album titled after him ‘Quavo Huncho‘. The ⅓ of the rap group Migos has given out names of possible featured artists on his upcoming album.

Amongst those to be featured on the album are Davido, Takeoff, Offset, Drake, Travis Scott, Cardi B etc.

Quavo shared the news on Instagram informing fans that the names listed are potential features on his album.

Davido confirmed the news in a tweet recently. See tweets below.