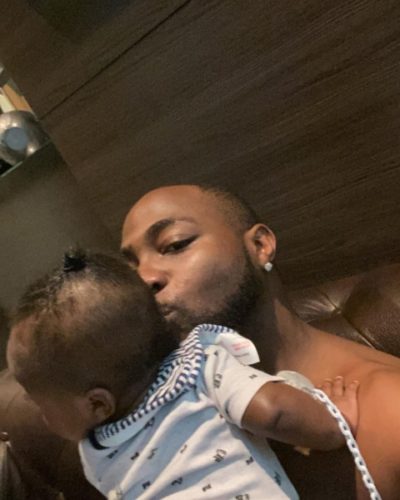 The DMW boss took to his social media pages to celebrate his first son’s birthday.

About this time last year, Davido’s fiancee Chioma Rowland delivered a baby boy in London. He had named his first son after himself with an Igbo name ‘Ifeanyi’ in the mix to reflect his maternal heritage.

The Nigerian pop superstar said some prayers for Ifeanyi as quoted ‘May you become more than me in Jesus name!‘.

Happy birthday to my beloved son DAVID IFEANYI ADEDEJI ADELEKE Jr !!! Today a king was born!! 🤴!! May you become more than me in Jesus name! LOVE YOU SON ❤️