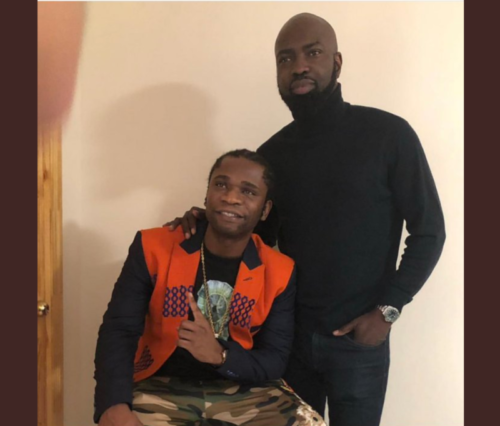 Viral internet sensation by name Speed Darlington is ending 2018 with a bang.

The Nigerian rapper who is famous for his viral videos and unique rap skills has drawn the attention of Chocolate City to himself. The US based indie artist recently clinched a record deal with Chocolate City.

Audu Maikori who is the Chocolate City boss shared the news on Instagram. He also shared a photo with the ‘Cash and Carry’ crooner.

Mr Maikori said he is a fan of the rapper and has also been inspired by Speedy. The music mogul also revealed he has been on Speedy’s trail for about a year before the deal was worked out.

Speed darlington has signed a record deal with chocolate city. He’s having a great end to 2018. pic.twitter.com/hH4pr2lCvH