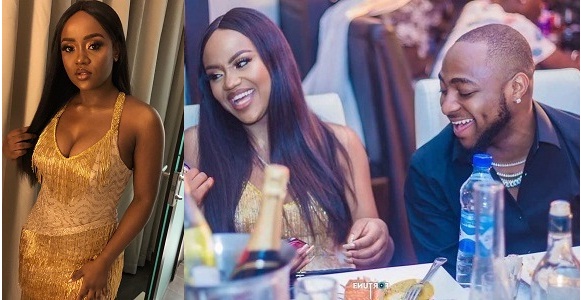 Davido‘s girlfriend Chioma who has of late turn celebrity seems to be gaining very much alike treatment as other celebrities. Chioma who has various admirers seems to have some haters also & she has just respond to one who called her out on the internet.

The 23 years old beauty who of recent recieved a car gift from his boyfriend has respond to a follower replied a follower who hint that she has abandon her affection for cooking since she got ‘assurance’ from Davido.

Well, Chioma respond the non-fan instantly agreeing with her that it is non of her business.

Read their exchange below;