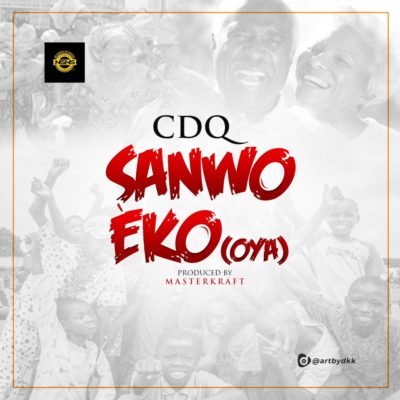 Check out this new tune from CDQ – Sanwo Eko (Oya)  out now!

As the campaigns for 2019 general elections draws nearer, rapper CDQ churns out a new song ‘Sanwo Eko (Oya)‘ in support of the APC gubernatorial candidate. Although its political, it’s still a big gbedu.

It was produced by Masterkraft.