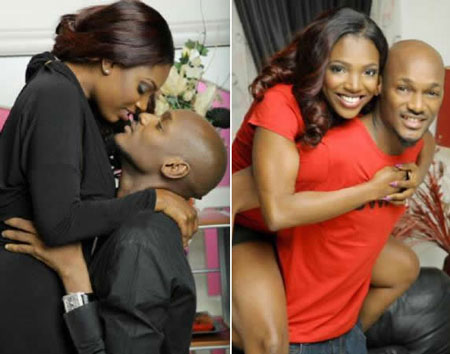 Nigerian musician 2Baba has reacted to rumours that his marriage is going through a crisis after a curious fan dared to ask.

Earlier in the week,  news making the rounds was that there may be issues between 2Baba and his wife Annie Idibia. The conclusion was wrongly drawn after the singer tweeted an apology to his wife which sent Twitter into a meltdown.

In a response on Instagram, the ‘African Queen’ said he can’t beat his wife after he was asked about an alleged fight between him and Annie. He wrote ‘I no fit try am’.